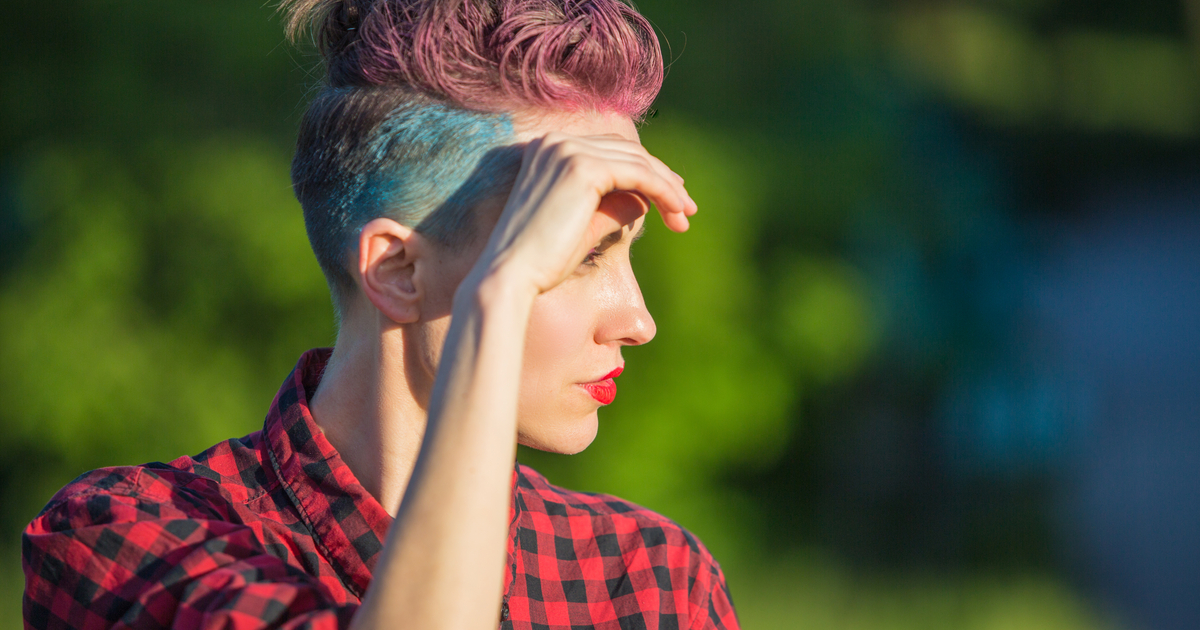 No band associated with the riot grrrl movement found more popularity in the mainstream than Sleater-Kinney. And no haircut says “Sleater-Kinney is a Top 3 all-time band for me” more than the undercut, which this girl I matched with on Tinder has.

So let’s look back at their breakthrough 1997 album “Dig Me Out” so I have something to talk about with Leonora on Saturday at our COVID-safe park date.

“Dig Me Out” opens with the absolute banger of the title track. The aggressive guitar tones are a perfect soundtrack to telling the barber to just use #3 clippers around the sides and back.

Leonora’s Tinder bio just says “We are the granddaughters of the witches you couldn’t burn,” so I’m going to guess “The Drama You’ve Been Craving” is her favorite song. Because… come on, of course it is. But also the song is catchy as hell.

Oh, by the way- it’s pronounced “SLAY-ter”, as in A.C. Slater. I searched for interviews where Corin Tucker says the band name so I don’t mispronounce it and sound like an idiot. Glad I did, because I would have said “SLEE-ter” Kinney like a total beta.

It’s impossible to listen to the album and not feel the passion in Janet Weiss’s drumming like in “It’s Enough.” Each hit of the crash cymbal symbolically crashes the patriarchy right in its stupid face. Hell, the album makes me want to buy an “ALL MEN ARE SCUM” mug from Etsy. Wait, should I buy one to take to the park? With 2-day shipping, it will get here before the date. Though maybe Leonora would be more impressed if I got the “PROUD MISANDRIST” mug instead?

What should I wear? I need an outfit that says “I too knew about Sleater-Kinney way before Carrie was on Portlandia, and I also enjoy reading Virginia Woolf for fun” but doesn’t say “I’m a pretentious asshole who thinks they sold out after The Woods and let St. Vincent kick Janet out, thus ruining the band.”

While listening to “Words and Guitar”, I had an idea- what if I brought my acoustic and played this song to Leonora? I might have to tune down a few steps because my voice doesn’t go that high. No, that’s a lame move, right? Right?