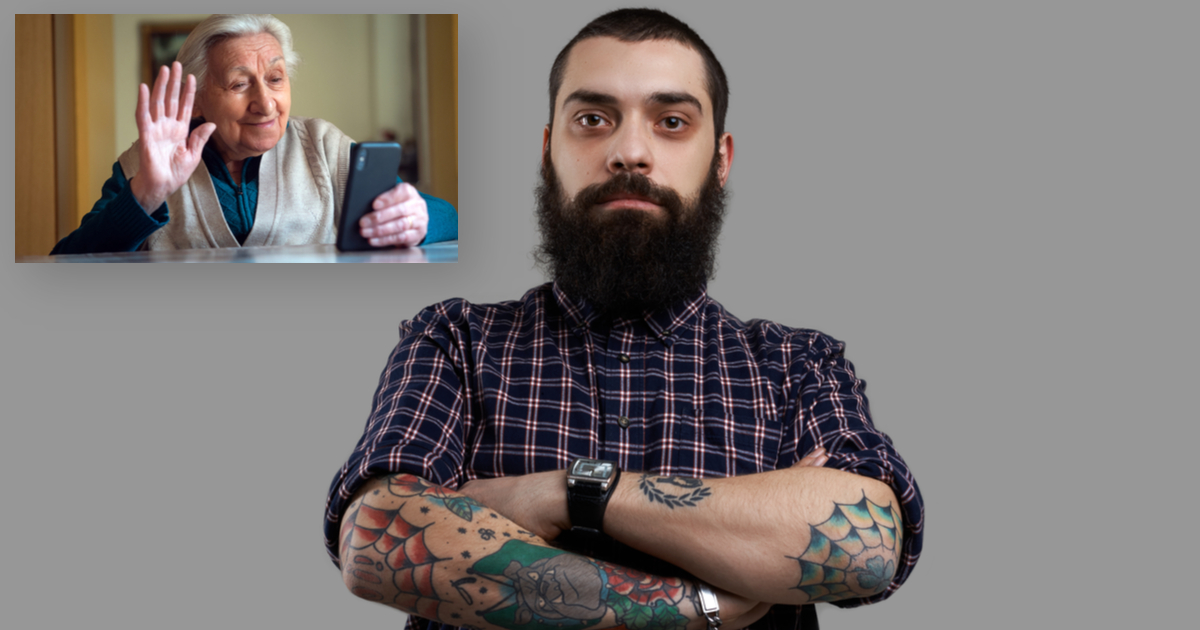 Some are born with purpose. Others receive a “call to the wild” of sorts. A figurative beacon sent specifically to lead them toward finding purpose. Well, we finally got ours, except that it was more of a literal call from Mom reminding us to see our Grandmother now that she’s vaccinated. Inspired by this once-in-a-lifetime revelation, we decided to heed our call and visit grandma because this will probably get mom off our backs until it gets too cold for old people to hang out anyway.

Our grandmother’s been a major influence on us forever. While it’s unclear how her work will hold up in today’s contentious political climate, Grandma’s influence goes beyond the simple appeal of current tastes, which did pique our interest when we found out we had to check her out again. While we haven’t heard much of her since a global pandemic upended the world and her grandmothering career last March, we were excited to be guilted into revisiting our grandmother.

At first glance, our grandmother presents as a standard nurturing presence. Tinged with some downtempo elements that were ahead of her time, yet seemingly unable to process the tension in our modern world. “It’s so great to see you,” and “Would you like anything to eat? You look so skinny!” were well-received instant classics, but failed to make a meaningful statement upon revisiting now that we’re somewhere between 18 and 35.

It’s damn near impossible to talk Grandma without mentioning hugs or pie. These are the hits and she knows it. A hug from Grandma is like being enveloped in a warm blanket of self-esteem. A comforting presence that says “You are loved” and “Anyone who dumped you is an idiot.” Meanwhile, a pie from grandma is technically classified as a pain medication. Sugary, inviting, and intoxicating. It doesn’t make a statement about the impending climate apocalypse or the “Age of Pandemics,” and that’s because it doesn’t need to. It exists in a world without these problems—or any problems—and briefly takes you to that world before being ripped back into reality. I’d imagine it feels as surreal as when our parents watched grandma spoil us after having raised them with a belt for a co-parent.

Now for the elephant in the room. We wanted to get through this without having to tell you that grandma has indefensible, retrograde views on racial politics but it’s important we acknowledge our influences regardless of the aspects that didn’t age well. Much like John Lydon, we’re not surprised she feels this way. We just thought she had the self-awareness to keep it to herself.

Overall, our grandmother is a culinarily-gifted, selectively-caring, racist whose body of work is stuck between two eras. It’s difficult to imagine her gaining new fans at this point but it’s impossible to ask her to change without risking a heart attack. We give her a 10/10 for the pie-hug opener alone.