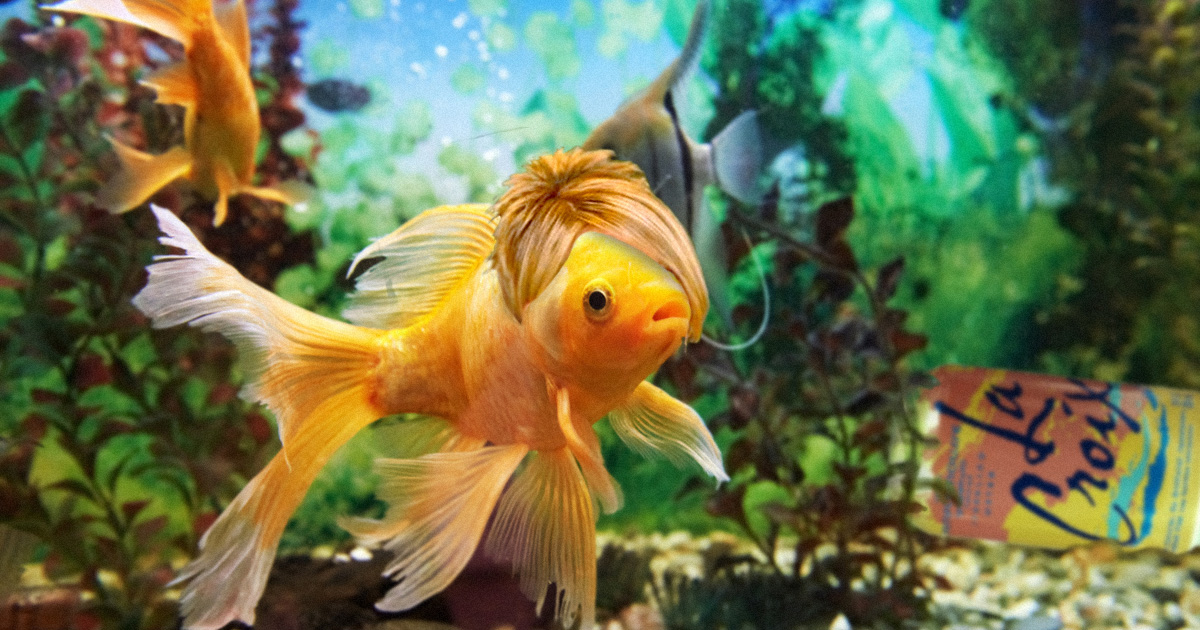 Here at Hard Style, we value innovation above all else. That’s why when we recently acquired a bunch of fish, we didn’t just plop them into a tank with plain old water. Instead, we filled our little aquatic friend’s new home with a bunch of LaCroix that we had laying around. Within mere hours all of the fish in the tank had grown bob cuts and started wearing large, cheetah patterned sunglasses. By the end of the day, each of the fish had its own unique personality and could speak perfect English in a midwestern accent.

And all of them wanted to speak to the manager.

One fish, who now went by Karen, had already started a Homelife blog, while another fish, now named Carol, was very adamant about telling us about how they thought Bradley Cooper was so adorable in that movie with “that crazy singer lady. You know, the one with the nose.”

When we came back the next day, the fish began asking us if they could borrow our cars. Some of them insisted that they had to attend a PTA meeting or pick up their kids from soccer practice, while others said that they “just wanted to get out of the house for a little bit.”

When we refused, they became very angry and demanded to speak to our manager. We tried to explain that they were just fish and that they would all die if we let them out of the tank, but the fish were too busy giving our Facebook page poor reviews to listen.

One of them wrote; “Absolutely appalled at the way the Hard Style staff is treating us right now. The fact that my son Ashton now has to wait for me because of these losers is horrific. Shameful!”

With no way of stopping them, or killing them humanely, spirits are low here at Hard Style. Our office is full of novelty wine glasses and unread people magazines. Who knew that playing God would lead to watching so many episodes of Long Island Medium?