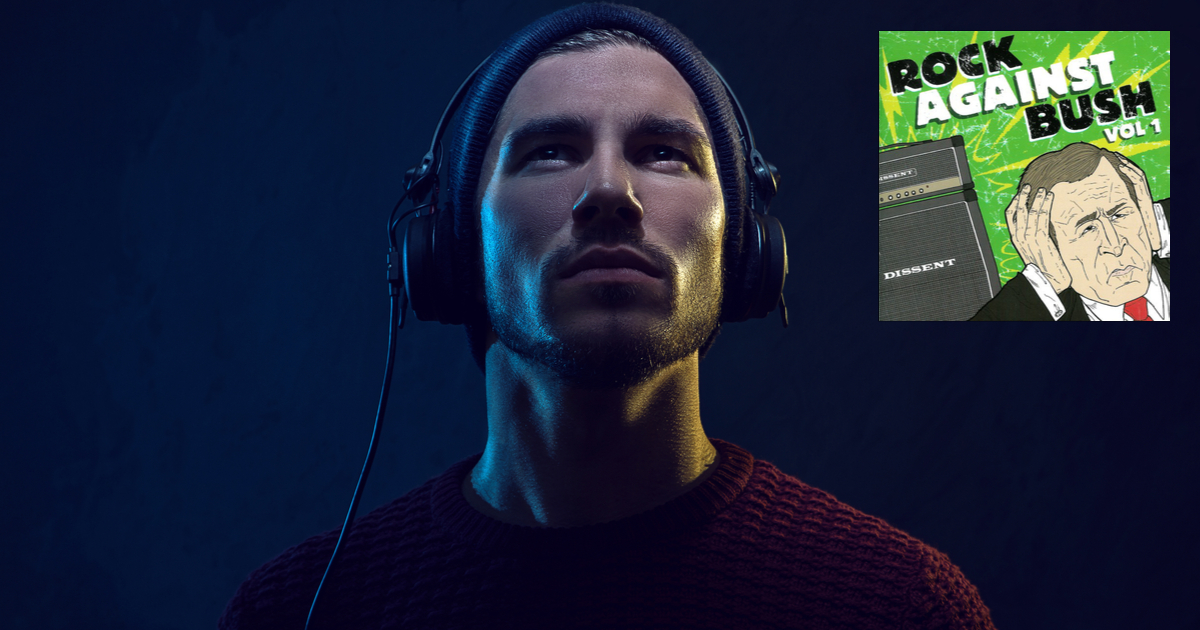 The year was 2004 and we were a freshman in high school. While most focused on the defining cultural moment of the year—“Napoleon Dynamite” redefining what humor could be—we were focused on the smaller, but still important issue of voting George W. Bush out of office and replacing him with… well, we don’t remember their name but we do recall feeling very passionately about him or her.

We don’t remember much of the details surrounding that election since that was also the year we discovered you can smoke weed out of a soda can, but I did listen to the “Rock Against Bush” compilations. As we find ourselves in a similarly important election, we looked back on how “Fat” Mike Burkett and the Rock Against Bush campaign successfully ended the tyrannical administration of George W. Bush.

Between the weed, mosh pit concussions, and our obsessive need to replicate the shopping cart skit from “Jackass,” we don’t remember much from this election cycle so we had to base our knowledge of US history on the lyrical content of the songs. After hitting play, we can definitively say that as a result of these $5 albums (free in several issues of “Alternative Press”), not only was a sane voice restored to the White House, but over the course of the two-volume, 54-song set, Burkett’s hand-picked tracklist illustrated how consciously engaging punk rock could effectively bring change to an otherwise corrupt system.

This radical methodology was pivotal for our young mind and “Vol. 1” was there to offer us searing takes on the emotional state of American voters, perhaps best exemplified in Sum 41’s “Moron.” As a 14-year-old who had spent the summer feverishly engrossing himself with the treacherous political landscape that had taken hold of our country, Deryck Whibley’s anguished exclamations were nothing shy of my generation’s “My Generation.”

Armed with the anti-capitalist sentiments of New Found Glory’s “No News Is Good News,” we were ready to reject the consumer ideology that had been force-fed to us our entire life and smash the system. As the compilation raged on, each song carved into us like a musical scalpel. Excitement and fear seemed to exist simultaneously; fighting for control.

We can still remember the moment we knew things were finally over for Bush and his cronies. Our older brother stopped by our local record store to pick up “Vol. 2” after leaving school one afternoon and when he came home he hit play and we heard the truth. From Green Day and Bad Religion to Sugarcult and a 55-second Foo Fighters song, it was clear there was no turning back. Like us, our great nation was forever changed. We’d say we were shocked but, hey, Yellowcard’s cover of “Violins” will do that to you.