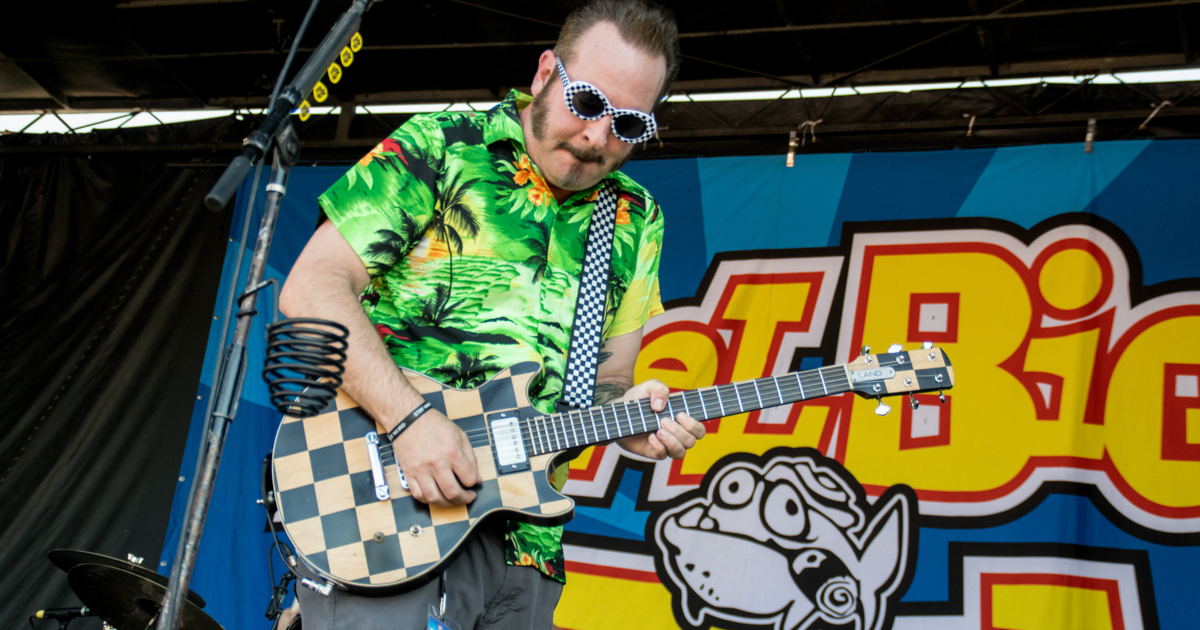 Here at The Hard Times we are constantly looking for ways to push the boundaries of digital journalism. So while most online publications are looking for ways to enhance their Search Engine Optimization (SEO) by writing articles centered around the topics the Internet is searching for, we figured the most punk thing we could do would be the opposite of that.

So today we’re gonna talk about the time Reel Big Fish had a cameo in 1998’s cult comedy BASEketball.

Directed by David Zucker, BASEketball tells the story of two slackers who invent a baseball-basketball hybrid sport that becomes a national sensation and their attempt to lead their team, the Milwaukee Beers, to the league championship. Ska punk band Reel Big Fish cameos as the Beers’ team band, rounding out a cast that includes Dian Bachar, Yasmine Bleeth, Robert Baxter, and Victoria Silvstedt (Playmate of the Year).

Boy, just look at those names. No one’s Googling any of those anti-buzzwords any time soon. Our analytics team is going to have an upstroke when they see the numbers on this one.

Reel Big Fish performed two songs for the movie. The first being ‘Beer,’ one of the band’s most popular tracks and also an SEO nightmare since its Google results have nothing to do with the song and everything to do with cracking open a frosty cold one. The band also recorded a second song specifically for the film, a cover of A-Ha’s ‘Take on Me,’ which is comprised of three words that are used in approximately 97% of all internet searches.

Despite starring Matt Stone and Trey Parker, the creators of a then-newly released animated series whose title I will omit due to the experimental purposes of this article, BASEketball only grossed $7 million on an estimated $25 million budget. A number likely inflated due to the film’s high number of cameos from both the sports and ska punk worlds.

Would this article get more clicks if we wrote on literally any of those other cameos? Probably. Let’s be candid here. If The Hard Times wanted to, we could write a BASEketball article so analytically optimized we’d get more traffic than we knew what to do with. But optimization isn’t punk, so this is what you get.

And if you did find this article through a search engine, please let us know so we can remove whichever buzzwords led to that terrible, terrible mistake.