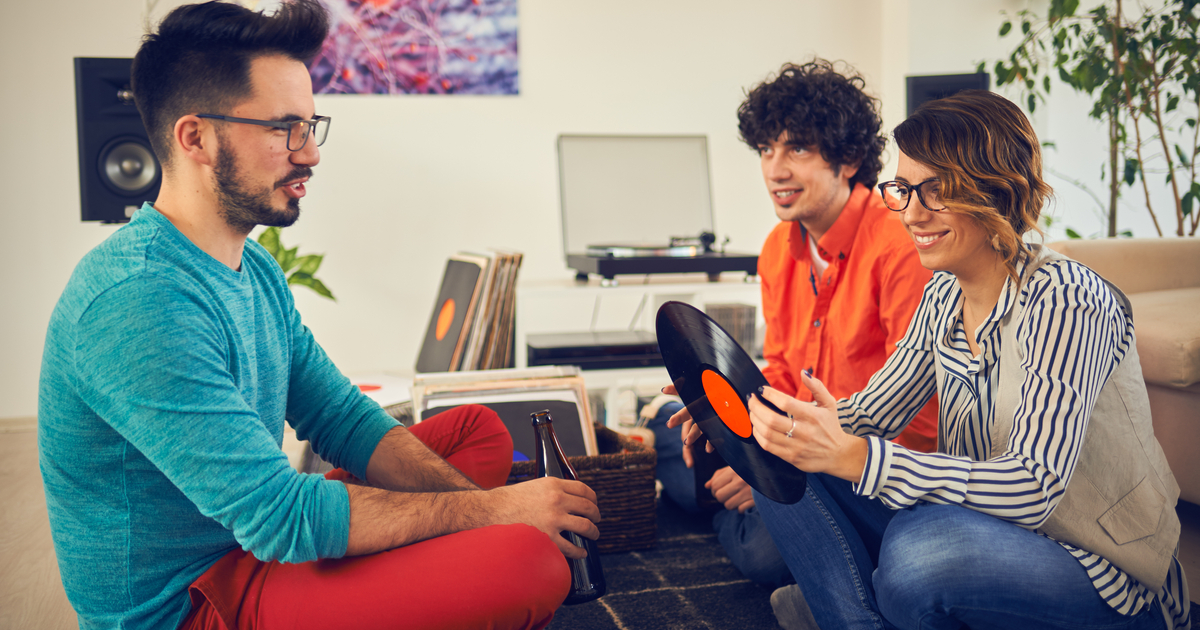 Here at the Hard Times, we like to revisit albums that we are required to revere. Many of these works have forever changed the way we, both as a culture and as individuals, discuss music. That’s why today we’re looking back on pretending to like Radiohead’s Kid A.

Released in 2000, Kid A marked a radical change for Britain’s whine-rock group Radiohead (stylized in England as RadioueHeade). Gone were the familiar elements such as guitars, replaced instead with blocky synthesizers and what we’ve been told is a saxophone at one point. Foolishly, our initial appraisal was largely negative, as we thought the album sounded like a dial up modem reading poetry.

The public backlash was almost immediate. Our colleagues, our peers, our friends, all chastised us for our lack of musical acumen. Naturally, we started claiming that we had to “let it grow on us after a few listens,” when the truth of the matter was that we hadn’t even listened to it the whole way through the first time. Eventually, we came to say that Kid A was the band’s magnum opus, an adulation we don’t falsify for just any record.

By the turn of the century we were required to embellish our admiration for many albums. We once famously said that My Bloody Valentine’s Loveless was  “the most satisfying auditory experience conceivable.” But Kid A changed the game completely. For the first time we had to praise something that literally you could not actually listen to. We were compelled to use words like “texture” and “atmospheric ambience,” despite not knowing what those words mean in relation to sound.

It wasn’t just us either. Many respected music critics were also pretending to like Kid A. Most publications praised Kid A for fear of not seeming smart enough to understand the album. As a result, Kid A became one of the most universally and unreliably critically acclaimed albums.

At one point considered a classic by everyone we were trying to impress, Kid A has aged poorly in terms of us needing people to think we like it. A retrospective listening proves that is a mere shadow of the band’s universally agreed upon masterpiece, Pablo Honey.