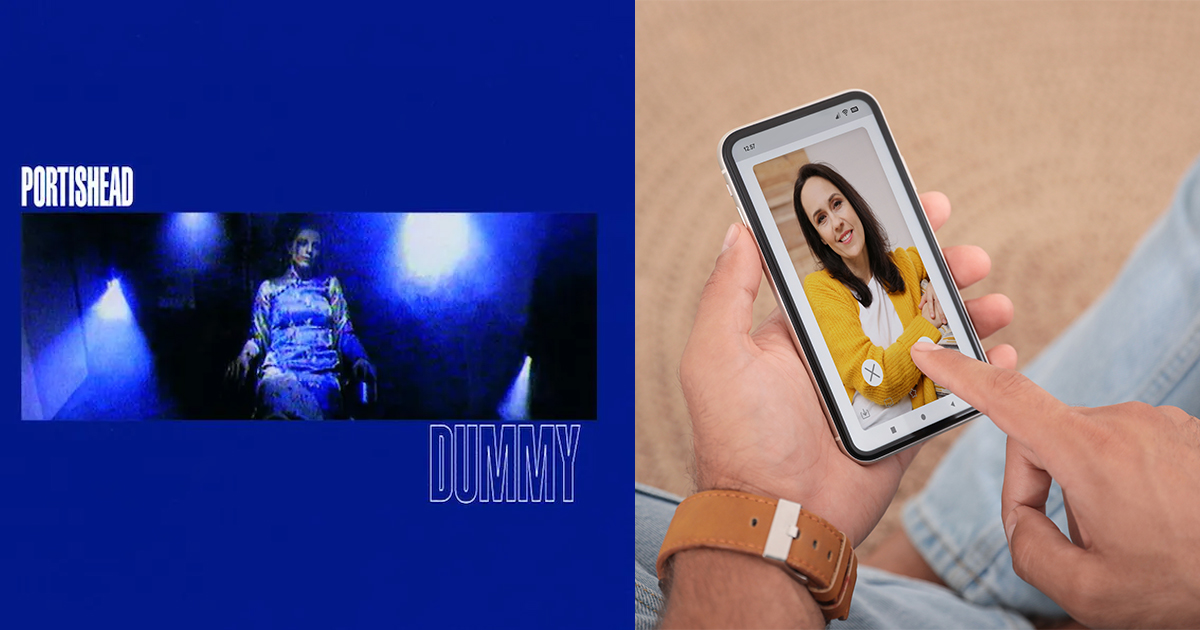 Who could forget the sultry trip-hop of Portishead? The answer is me, and most men under the age of 30, but it’s time to change that.

Portishead is an accomplished and highly influential group whose work paved the way for a wider acceptance of genre bending in alternative music. Also, there are some absolute MILFS on tinder right now, and I need an in.

Let’s take a look at the Portishead discography and hopefully generate a few conversation starters for all the tatted, 40+ smoke-shows in my area who, frankly, intimidate me!

Dummy (1994)
Wow, THIS is Portishead? Damn, this music is sexy as fuck! I mean it’s like, hypnotic. I’m actually tempted to just chill out and give this a deep earnest listen but no, gotta stay focused. Let’s go through the track list and see if it lends itself to any slick pickup lines.

“Sour Times”
“Hey there, you know I love Portishead as much as the next guy, but there’s nothing Sour about the Times we would have together!”
Okay not bad but kind of a big swing..

“Strangers”
“Hi there Stranger(s, like that Portishead song, are you into them? Also would you ever date a younger man?)
Both contrived and a little too on the nose, but hey, no bad ideas in a brainstorm right?

“Roads”
“Don’t you love that song “Roads” by Portishead? By the way, I’m totally cool with you having kids!
Yeah okay, I see it, these are getting worse.

“Glory Box”
Alright, let’s avoid the obvious and go for the high road here.
“Girl, you don’t need to give me a reason to love you cause your pics are 🔥🔥🔥”
Nailed it. Nope, she blocked me. Okay, maybe a little strong. Next album!

“Cowboys”
“Today could be the grandest day, is you have coffee with me!”

“Only You”
“These crimes of illusion, like age being anything other than just a number, are fooling us all!”

Wow I am striking out left and right here. Next album!

Roseland NYC Live
Holy fuck this album is AMAZING! Unfortunately, it’s a live album with no original tracks so it doesn’t inspire any more pickup lines, except maybe…

“Sup girl, you be the Portishead, I’ll be the New York Philharmonic, let’s make beautiful music together 😉”
Nope, blocked again. Shit. Next album.