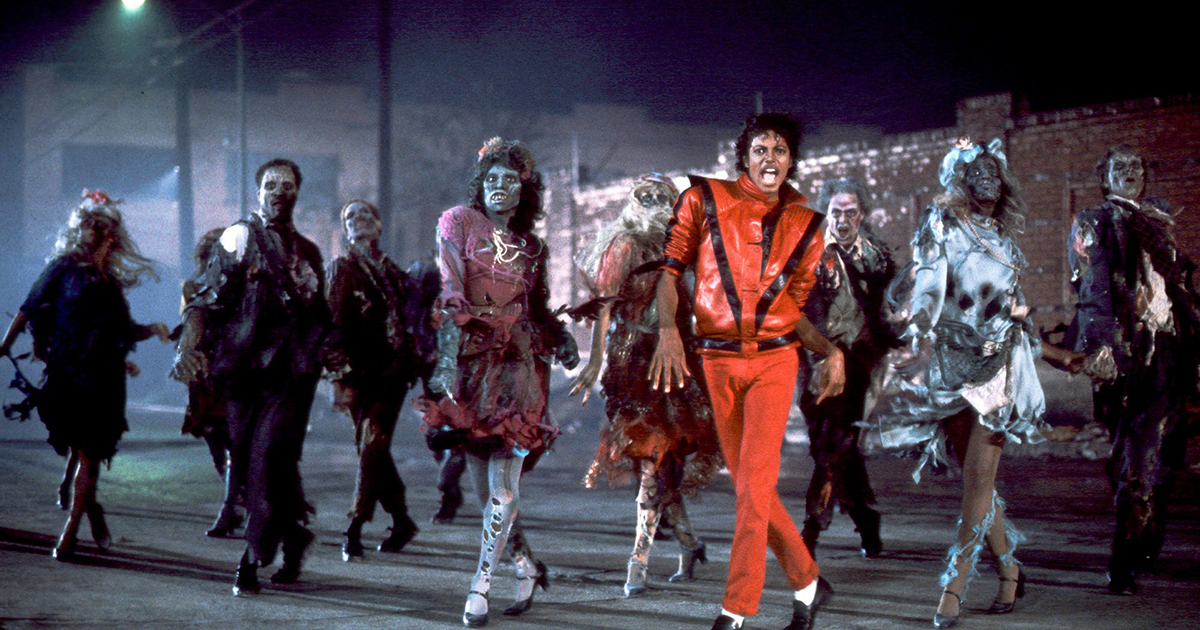 At The Hard Times, we periodically like to pay homage to the most iconic albums of all time. So with Halloween around the corner, what better time to look back on Michael Jackson’s Thriller?

Unfortunately, last year’s bombshell HBO documentary Leaving Neverland sort of makes it the worst time to look back on Michael Jackson’s anything, like, forever. But like… come on, right?

I’m not trying to make some Woody Allen-esque “separate the art from the artist” argument here. I’m saying separate the artist from the artist. If you look at the timeline, well, not closely, but just sort of look at it, it’s completely plausible that Michael Jackson turned evil after recording Thriller. So it’s, like, fine. Right?

The video for Thriller was directed by John Landis, father of scandal factory Max Landis, so there ya go. John probably corrupted Michael Jackson and THEN he became a pedophile. But, like, the album was already done before shooting for the video started so I think we’re in the clear.

It’s fine. This is fine.

Look, this album fucks, okay? It’s undeniable! I’m not trying to deny what he did or defend him in any way. I’m just saying, you can’t prove that all of the… unpleasantness… didn’t start after the release of Thriller. Frankly, his music started to suck after that anyway, so it makes sense. Well, except for “Smooth Criminal” and “Man In The Mirror” but, again, he probably wrote those way before the kid stuff.

Look, when you appreciate this era of Michael’s music what you’re really appreciating is the production aesthetic of Quincy Jones anyway, so it’s fine. And yeah, Quincy is bat shit crazy now, but in a fun way! Just think of Michael as another musical instrument. Let’s say Jimmy Page’s guitar molested a child tomorrow. Would that mean we couldn’t listen to Led Zeppelin anymore? Of course not!

Maybe it wasn’t even Michael. Ever think of that? Maybe the REAL Michael Jackson died in some accident and the record label replaced him with a lookalike, Paul McCartney style, and THAT GUY was a pedophile. It’s entirely possible!