We Interviewed This Neo Nazi With Our Truck’s Front Bumper 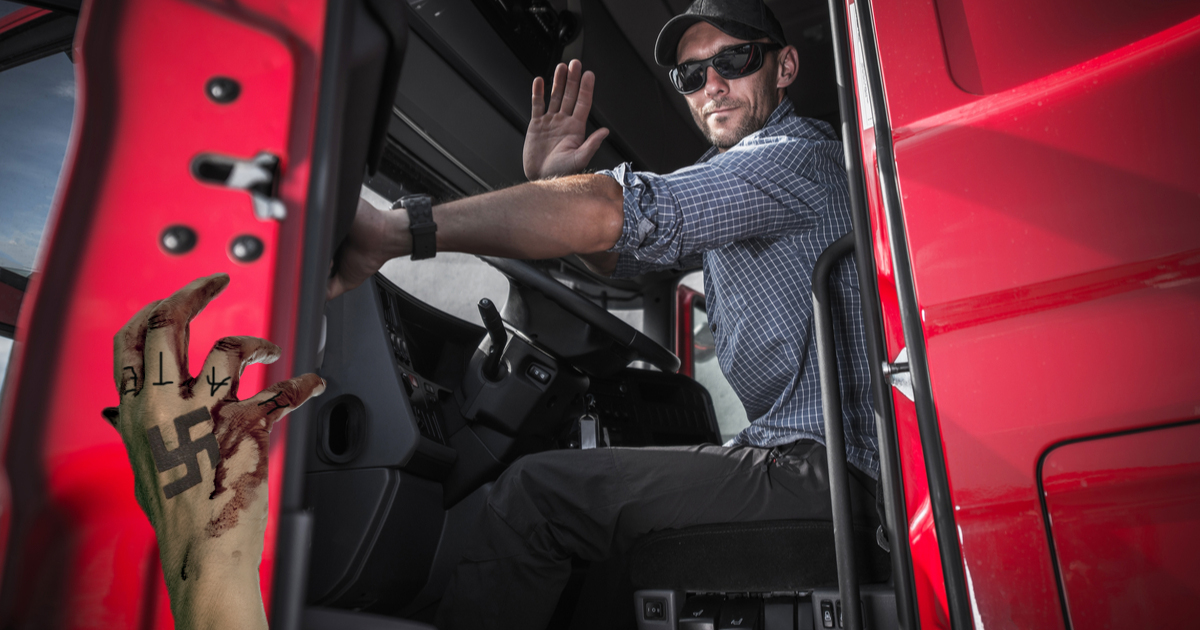 In times of political turmoil, it can often be difficult to have respectful, open and honest conversation with those of differing opinions than us. In an effort to promote civil discourse, we here at the Hard Times decided to reach across the aisle and interview local neo-nazi activist Cloyd Kroeger. Kroeger was kind enough to accept the offer to chat with us, even as we repeatedly smashed into his body with a large semi-truck.

Hard Times: What compelled you to become a neo-nazi in the first place?

Kroeger: My legs! My fucking legs!

You guys sure do like Hitler. What’s all that about? Do you think he’s cute?

I can see my own intestines!

Don’t you find it odd that most people in historically conservative rural areas would actually benefit from some of the socio economic policies advocated by the left?

STOP HITTING ME WITH YOUR TRUCK!

I know you fellas hate race mixing but you can’t deny that it gave us Pete Wentz.

So Why do you guys worship a group of people who spent two whole movies getting their asses kicked by Indiana Jones?

All of my bones are broken!

For a group that hates the LGBT community so much, you guys sure do spend a lot of time pallin’ around with the fellas if you catch my drift. What’s going on there?

Well thanks for taking the time to talk Nazi bullshit with us but we’ve got to head to the autobody shop. Any final words for our readers? Or like, anyone else?