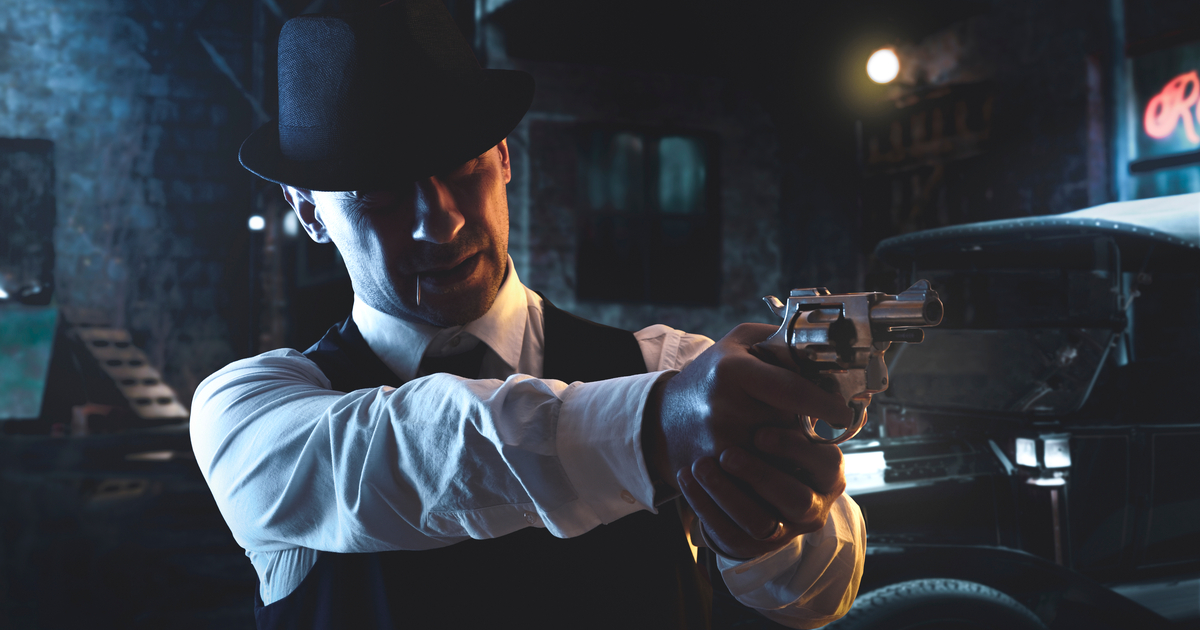 Machine Gun Kelly has been getting a lot of press lately and, as the foremost source of punk rock news, The Hard Times felt it was our obligation to interview him about whatever comically watered down, commercially palatable version of punk people seem to think he does.

Well, guess we got our facts wrong this time because, instead of spending the afternoon listening to hipster nonsense in some artisan crackhouse, we appear to have stumbled into a portal through time and space. Yes, we know, you’re all very disappointed the interview didn’t work out. But perhaps as a consolation we can tell you about life on the run from the FBI with the real gangster Machine Gun Kelly.

After it became apparent that our prepared research wasn’t going to cut it, as no one in this era has any time to care about all that shit, we figured we tried a more gonzo approach and actually observed the depression era MGK doing what he usually does. An hour later we had taken three hostages in a bank vault and were rocking a fedora with a confidence we had never before known.

Since then it’s been pretty much nonstop driving our Buick Roadster through cornfields, robbing fatcats, getting into sporadic shootouts with pursuing G-men and, whenever we have a free minute, trying to figure out how to get back through the time portal.

At the moment we’re currently fleeing our last safehouse after the Feds tracked us down using the most advanced forensic investigative techniques – a chicken farmer named Cletus who can identify tire tracks by smell. With him on their side the coppers have really got us on the run now and we may have to take more hostages for reasons other than just cause we felt like it.

I don’t think I can go back to 21st century life after this. I am still going to try to get the time portal working, but only to live out my childhood dream of living in the old wild west. I’ve instructed Western Union to deliver this draft to my editor at his office exactly 90 years from today. Bill, if you’re reading this, don’t look for me. Also maybe email the real Machine Gun Kelly, he’s probably pissed.