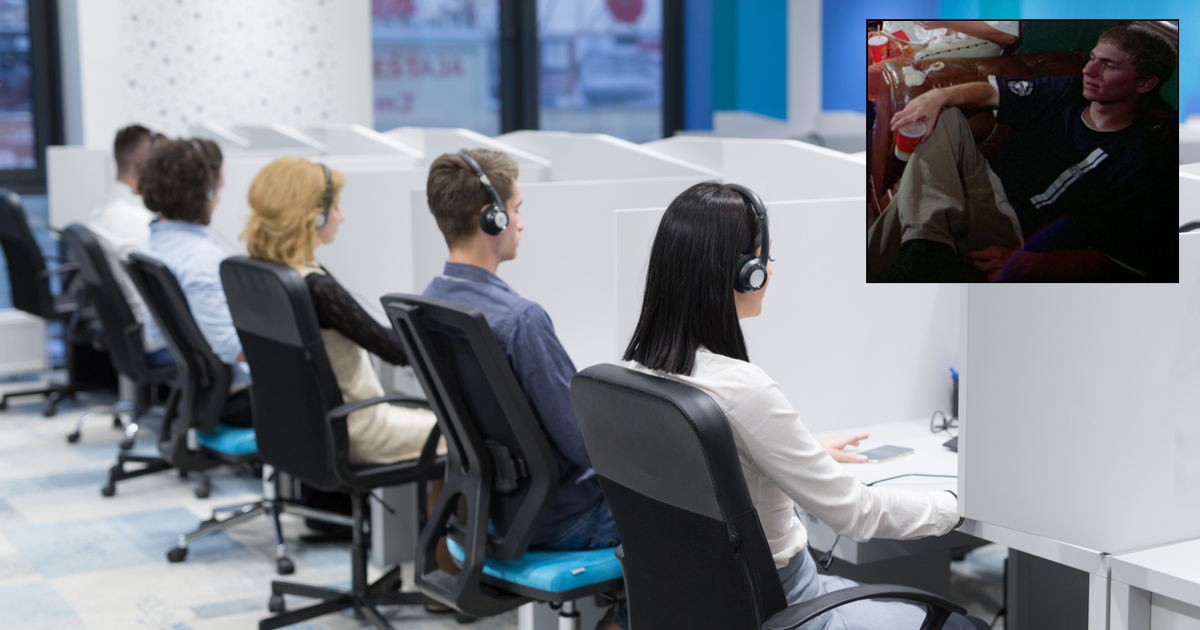 We just had one of the coolest experiences when we got an exclusive interview with Scott Raynor. That’s right THE Scott Raynor. The former Blink-182 drummer from their “Cheshire Cat” and “Dude Ranch” era. He was funny, charming, and still has his chops as a drummer. We think he’s got a real shot at getting hired here at the Dial America, San Marcos!

Not only is this guy one of most influential drummers of early pop-punk, he’s honestly overqualified for the job. He’s worked at AnswerPlus, Concentrix, Customer Calls Incorporated, and Easy Call Systems. All the top call centers in the Southern California region. The man has a good 25-30 years of solid call center experience. He’s a freaking shoo-in AND he played for Blink-182!

It’s so perfect because a lot of what we are currently doing is selling Sirius XM subscriptions by cold calling former Hyundai lease owners and seeing if they want to continue their service. If we end up hiring him after this interview, he’s literally going to be selling a product that plays all the hits from a band he used to be in. When we told him that he said “Oh” and I think he really meant it.

We talked with our manager and we really think Scott is going to end up working here. Even though it did get a little awkward when we asked him one of our standard interviewing questions about how he dealt with “missed opportunities in his professional life.” He was very polite though. He had to take a minute to collect himself but once he did he told us all about regretting drinking too much and getting fired by Easy Call Systems.