We Interview a Fucking Meme 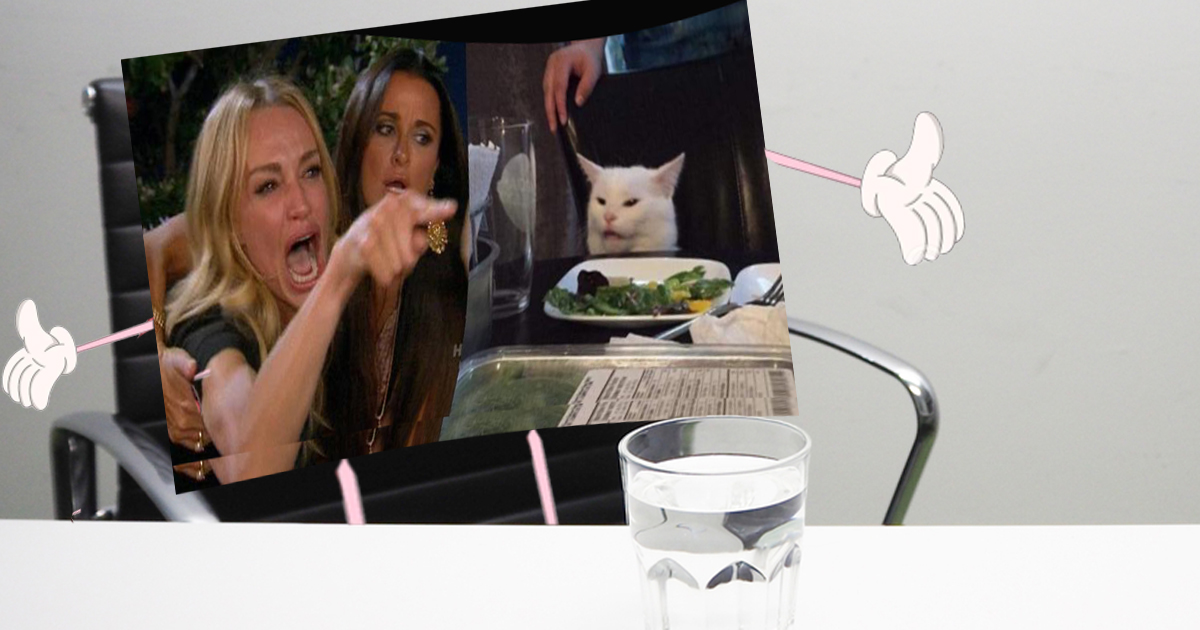 Well, here we are, I hope you’re happy you sick fucks. It’s come to this. Jesus fucking Christ.

We landed an exclusive interview with that meme of the crying lady and the cat because you are all the absolute worst. Don’t try to put this on us. This is your fault. Every single one of your lame-ass posts brought us closer to this moment. Culture as we know it is dead. We hope it was worth it.

Hard Times: Ugh. Well here we are doing the interview and you’re a fucking god damned meme and I went to journalism school for this. Cool, here we go.

Yelling woman: You’re not taking this assignment seriously!
Cat: Journalism was dead when you were still in high school.

HT: Well that’s true. So how did you guys get your start?

Yelling woman: I was on a reality TV show!
Cat: I went to a restaurant.

HT: Amazing. And what made you decide to team up?

HT: What’s is like to be the same joke written a billion different ways ad nauseam by mouth breathers on the internet?

Yelling woman: Stop hating us for our success!
Cat: It sort of like writing the same “Punk Doesn’t Give a Fuck” headline again and again.

HT: Ha, you got me there! You know I’m coming around on you, cat.

Yelling woman: I’m tired of him always being the favorite!
Cat: OK Boomer.

HT: Still, it must be frustrating to be so amorphous. One second you’re mocking the yelling woman for entitlement or belief in capitalism, then a few scrolls later you’re calling her a snowflake for her liberal gender politics. Isn’t it frustrating to be written by literally any moron?

Yelling woman: Stop hating on memes just because you don’t like them!
Cat: Yeah, all we did was invade every facet of your media and force you to look at us every day for the rest of your life!

HT: Okay, so if I’ve had enough of you my options are… don’t go on the internet.

Yelling woman: Meme culture never hurt anyone!
Cat: Yeah, it’s not like a reality television star got elected president or anything.

HT: Do you worry about becoming irrelevant? Baby Yoda seems to be what’s hot now.

Yelling woman: That little fucker better stay in his lane!
Cat with Vader helmet crudely photoshopped on: The lame is strong with that one

Well that was an absolute blast. Check back next week when we interview internet phenomenon: