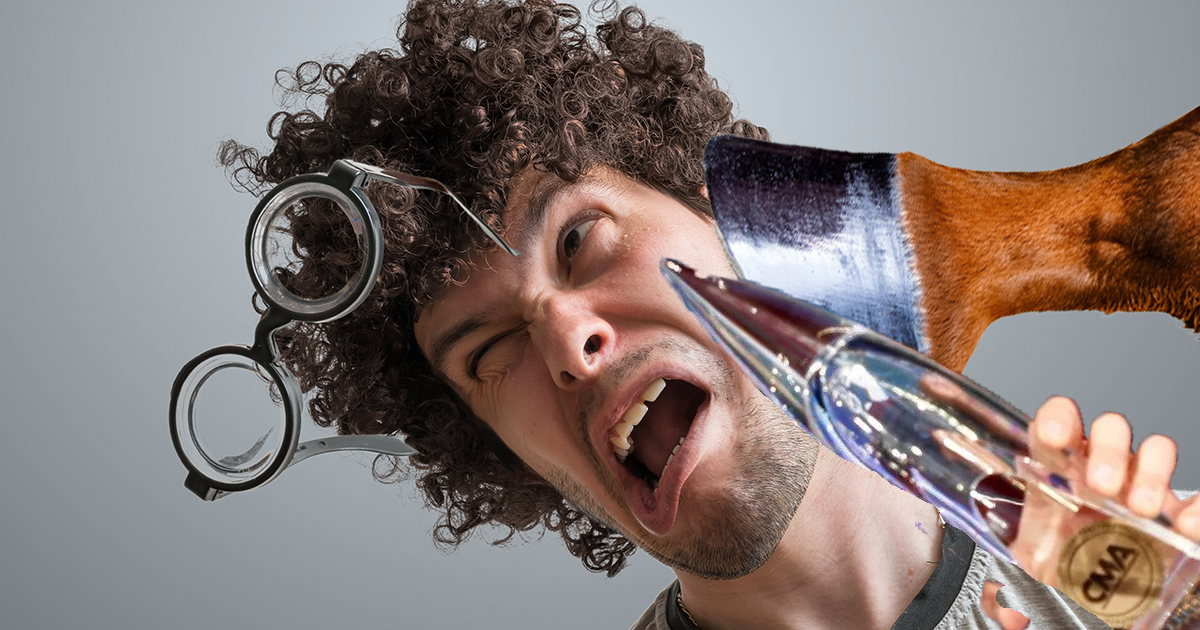 A couple of weeks back we rewatched “City Slickers” and thought it would be cool to visit an actual dude ranch. One thing led to another and long story short, Clydesdale decided to remove most of our teeth with its horse foot (we think it’s called a shoe). To make matters worse, since this face kick happened we’ve been completely inundated with country music awards that we “won” despite having no connection to country music culture outside of this incident.

To be clear, we have not recorded any country music, we did not make a music video starring a tractor, and we can’t even remember the last time we listened to a country song, both because it has been a staggeringly long time as well as the massive concussion that resulted from that horse’s roundhouse. So how exactly is it that we continue “winning” CMAs against our will without the slightest scrap of output?

Now we know that might sound crazy, but after we were given the award for ‘Vocal Duo of the Year whilst alone and still unable to open our jaws, it started to make sense. There was some sort of mystic, fiddle power, controlled by the ghost of Hank Williams, that country-fried its way into that horse’s shoe and then transferred its way into us when the beast decided to see how good our dental plan was (turns out, bad).

It’s the only explanation that makes any sense! How else would you explain the ‘Lifetime Achievement Award: Hootenanny Category’ trophy we were delivered earlier today by a man wearing three straw hats at the same time. Colossal brain damage? Nope! It’s a horse curse.

So where do we go from here? Hard to say exactly. We’re pretty sure the only way to remove the magic from our body is to beat the horse that put it on us in a fair race, but there’s no way we can run that fast. For now, it appears we’re stuck with being continuously granted country music awards against our interest or health.

Does anyone wanna buy any of these awards so we can finally pay a doctor to reconstruct our gums?