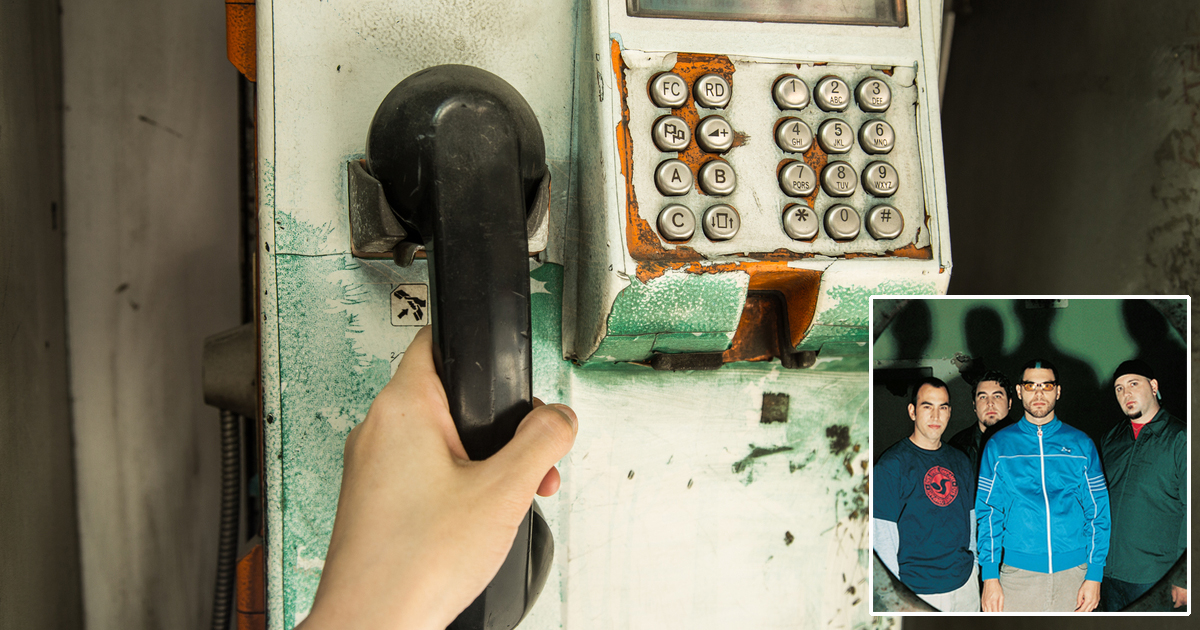 We’ve all been there: you’re out crushing $4 domestics at Dave & Buster’s with the boys and, after a few too many Miller High Life chug-offs, things get a little hazy. Next thing you know you’re waking up in a jail cell covered in vomit and ranch dressing and the dickhead officer that busted you for drunk and disorderly says you’re allowed one phone call.

Our founding fathers wrote the one phone call rule because they believed that American citizens were entitled to legal counsel OR might have scheduled an important interview with one of the best second wave Nu metal groups of all time and they wouldn’t want to miss it. They’re trumping up my charges and it looks like I may be in a lot of trouble here, but fuck it. It’s time to interview Alien Ant Farm!

AAF frontman Dryden Mitchell: Are you okay? Our interview was scheduled for like 5 hours ago and I hear a lot of yelling in the background about Miranda rights and bail.

I’m in jail, dude! I got totally belligerent at D&B’s and apparently I took a dump on one of the Daytona USA racing seats and passed out naked in the bowling alley. How epic is that?

Not epic at all. That sounds like some kind of pathetic cry for help.

Thanks! Well, let’s get to it because this guard is already giving me a pretty menacing glare. How did you come up with the lyrics to “Smooth Criminal,” anyway?

You know that’s a cover of one of Michael Jackson’s most famous songs, right? Hey, you really should hang up and use this call to contact a lawyer.

No worries, they’ll appoint one for me or some shit. Back in the day, when music was still awesome, you guys toured with some legendary bands. I gotta ask: what was it like playing with the greatest musicians of all time, Papa Roach?

We had a lot of fun, but I’d rather talk about our more rece-

[Puking] Sorry bro, this hangover is killing me. Oh shit, the guard is walking this way and he looks pissed, I think we’re about to get cut off…

Well, this was somehow still better than the time Tucker Max interviewed us for Maxim magazine.