We Figured Out What Cocteau Twins Were Saying but It’s Too Late, the Prophecy Is Already in Motion 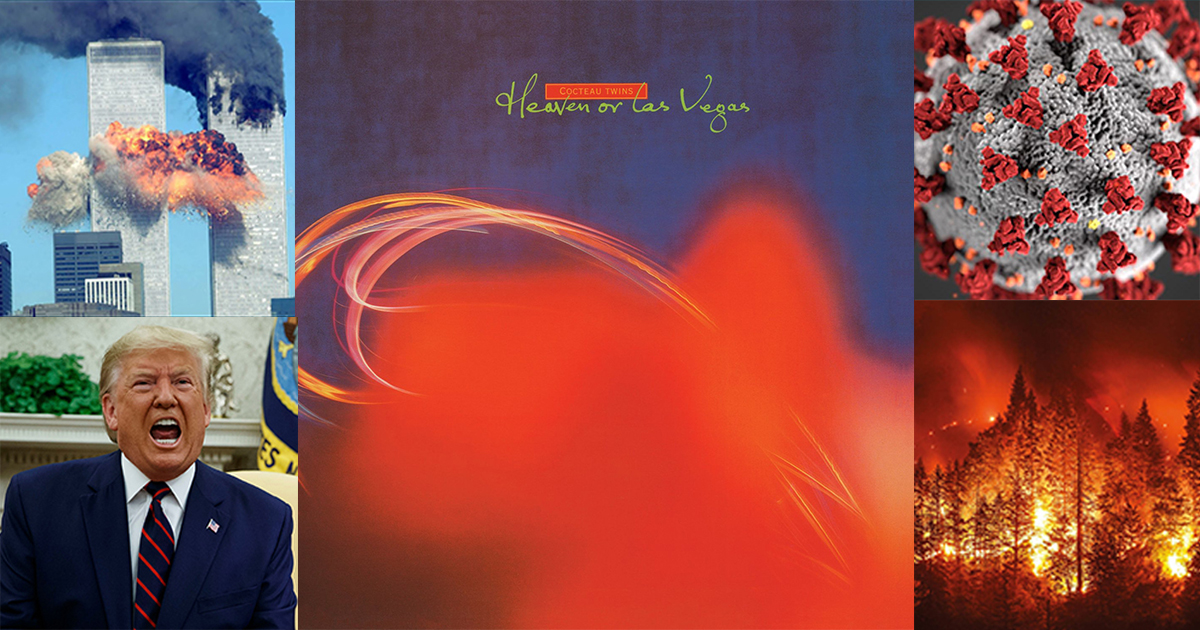 Oh no. Oh fuck. It’s really happening, isn’t it? The Cocteau Twins tried to warn us all along, but we were too foolish, and now it’s far too late. Ever since we translated their nonsense language into English, all of the insane bullshit that’s been happening lately finally makes sense. They tried to warn us and we didn’t listen. God, how could we be so blind?

It all seemed so innocent, those dreamy pop vocals and catchy hooks, we didn’t even question why they mostly sang in gibberish. How could we have known that ‘Cherry-coloured Funk’ was warning us against the geopolitical climate that led to 9/11? The whole thing was laid out step by step for us. They named Bin-Laden personally for Christ’s sake!

How were we supposed to know that in the second verse (I think it’s a new verse? God these songs are fucking weird.) of ‘Fifty-Fifty Clown’, the line “Flave bleu forneau nuveau depardieu noir” was really saying, “Keep an eye on the housing bubble in 2008, the bottom is gonna drop out and a lot of people are gonna get fucked, don’t let the bastards get away with it.” That’s exactly what happened, but we didn’t listen, and we didn’t learn.

And did you think the rise of Trump and the alt-right just happened on its own? Not a chance. ‘Heaven or Las Vegas’ lays out the timeline like a fucking roadmap, decades before it happened. We had the playbook right in front of our faces, but we still let it go down because we were too wrapped up in those reverb-soaked pop sensibilities and lush, indecipherable vocals. And now it might be too late to stop what happens next.

Now that Trump has COVID (‘Fotzepolitic’ called that one), the final pieces of The Cocteau Twins’ prophecy are falling into place. They gave us plenty of warnings, but in our time of need, they’ve all but disappeared, leaving us with just one question on our minds: Can we get a reunion tour or an EP or something? Fuck man, we need answers quickly!