We Didn’t Ask These Guys at the Cigar Bar Anything. Here’s What They Said About Feminism 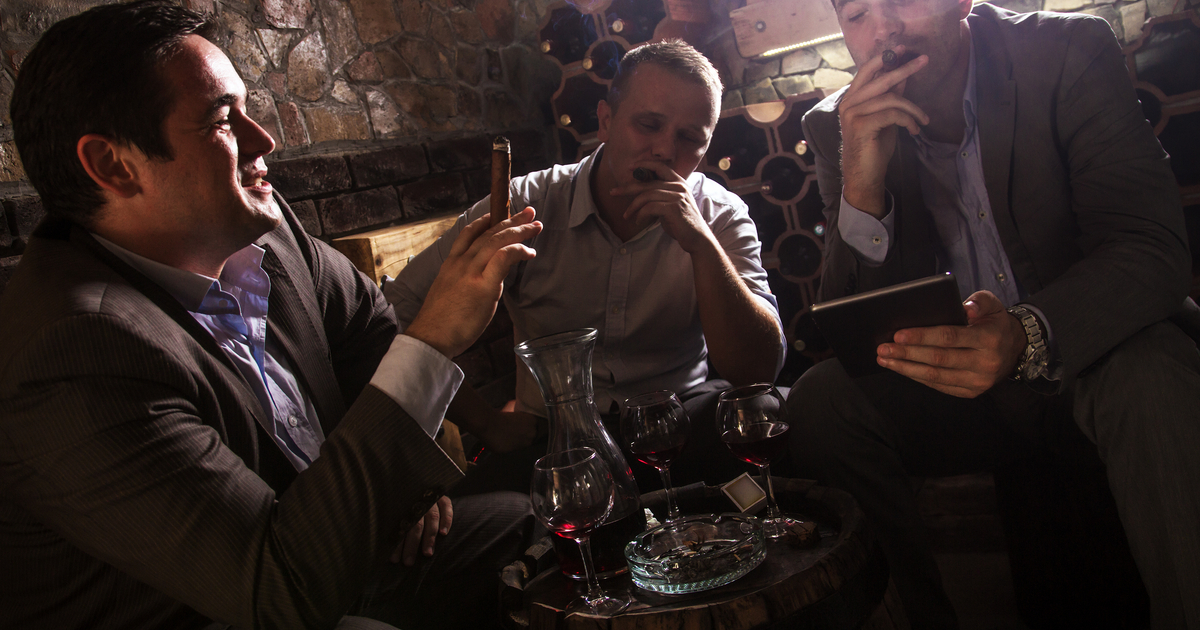 Sometimes an interview just gets thrown at you. We were recently at a cigar bar. We were checking out a live jazz band for a review we were writing on feeling superior to other people. Somehow we caught the attention of three fedora clad patrons, and despite not asking them a single question, or really acknowledging them in any way shape or form, they opened up to us with their views on modern feminism.

HARD STYLE:
CIGAR GUY 1: People assume that because I’m a licensed pickup artist that I don’t respect women. That’s not true! I’m all for equal rights and shit. But all of this man hating #meetoo stuff has gotten way out of hand.
CIGAR GUY 3: It’s a goddamn witch hunt is what it is!
HARD STYLE: …
CIGAR GUY 2: It’s like Jordan Peterson says, Doctor Jordan Peterson, he says feminism equals chaos. The primary hierarchical structure of human society is masculine. Men are supposed to be in charge, it’s nature. That’s how lobsters do it, therefor that’s how we should do it. Or something like that. I didn’t really get a lot of the book but that dude is crazy smart.
CIGAR GUY 1: Genius. Been meaning to start the audio-book for a while now.
HARD STYLE: …uhm…
CIGAR GUY 3: Today’s women need to smile more, OK? You want men to pay attention to what you’re saying? Give em a little smile! OK sweetheart? It’s not that hard to smile.
HARD STYLE:
CIGAR GUY 1: Oh, so because I don’t automatically believe the “victim,” I’m the bad guy? I don’t think someone’s career should end just because a bunch of women accuse them of something, that’s fucked up! There are two sides to every story!
CIGAR GUY 3: Yeah, there’s the man’s side, and then there’s whatever bullshit she makes up!
CIGAR GUY 2: Anytime one of these females tries to tell me a story about a man being “inappropriate” I always ask “What were you wearing?” And they get mad at me! I’m just trying to have all the facts to form my own opinion!
HARD STYLE: O….K….
CIGAR GUY 3: A woman shouldn’t have short hair. That’s just not the way it works.
HARD STYLE:
CIGAR GUY 1: No one thinks about how devastating it is to be rejected by a woman, you know? It’s humiliating!
HARD STYLE:
CIGAR GUY 2: Men have rights too you know! I don’t like the idea that any woman I get pregnant can just get an abortion without my consent. Also, if I get a woman pregnant and she chooses to have the baby, I don’t see why I should have to pay for it!
CIGAR GUY 3: It’s called make-up sweetie, use it! It’s times like these I’m glad to be secretly gay.