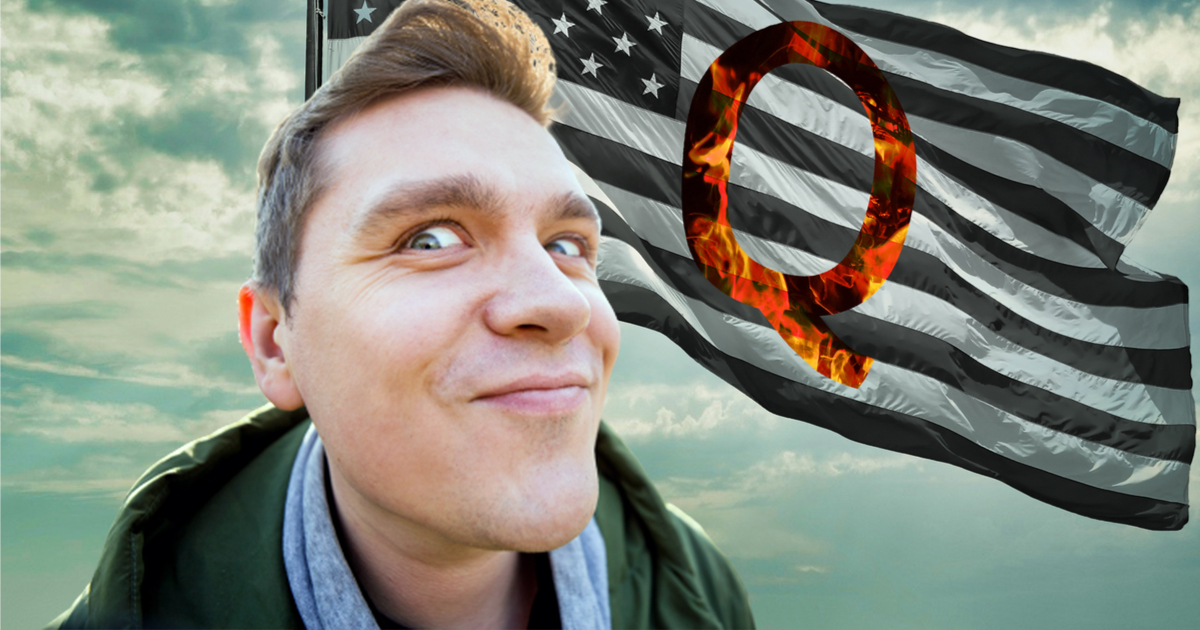 Well apparently it’s “where we go one, we go alone” for me. Somehow, while my back was turned, my wife Linda became compromised by agents of the deep state. She is now propagating the leftist psyop that I have become some kind of “conspiracy weirdo” and that she “can’t live like this anymore.”

I don’t know what they have on her but it must be something big for her to be coerced into saying something so PROVABLY UNTRUE. Let’s put these claims under the lens of a little thing I like to call “the truth,” shall we?

There’s nothing “crazy” about wanting to see the Satan-worshipping pedophiles in our government hunted down! If anything, my passion for bringing these reptilian monsters to justice makes me MORE SANE than the average fluoride-zombified person! I have been saying this repeatedly and loudly to a number of doctors, law enforcement officials, and mail careers for years!

Claim 2: “I don’t even recognize you anymore.”

Take a closer look at Claim 1. My wife clearly refers to me as “Carl” before her attempted character assassination.

She knows who I am.

Claim 3: “Carl, You are having delusions of grandeur.”

It is possible that my wife is making such erratic claims because the deep state threatened to kill me if she didn’t. In fact, it’s definitely that. She loves me too much. But I don’t need her protection! I have the information, resources, and strength to take on the baby-eating cabal of devil worshipers running our shadow government.

In fact, I’m the ONLY ONE who can do it.

By the way, did you notice she dropped my name again? She’s barely even trying to sell this thing. It’s sad.

Claim 4: “You have become a dangerous person.”

With the arsenal I’ve acquired since heroic patriots like Q opened my eyes to the truth, I’m just about the safest person you can be around.

The libs are going to make their move any day now. While I do believe their attempted coop will fail thanks to four years of Trump’s leadership, it’s going to be a dangerous time for all Christians. What’s “dangerous” is living in a home WITHOUT an armory of assault rifles, armor-piercing rounds, and a Roomba with an AR-15 I mounted to it.

Yes, sir. Me and Kill-drone are about as safe as anyone can be right now. I’ve even programmed him to pour a half-way decent jack on the rocks.