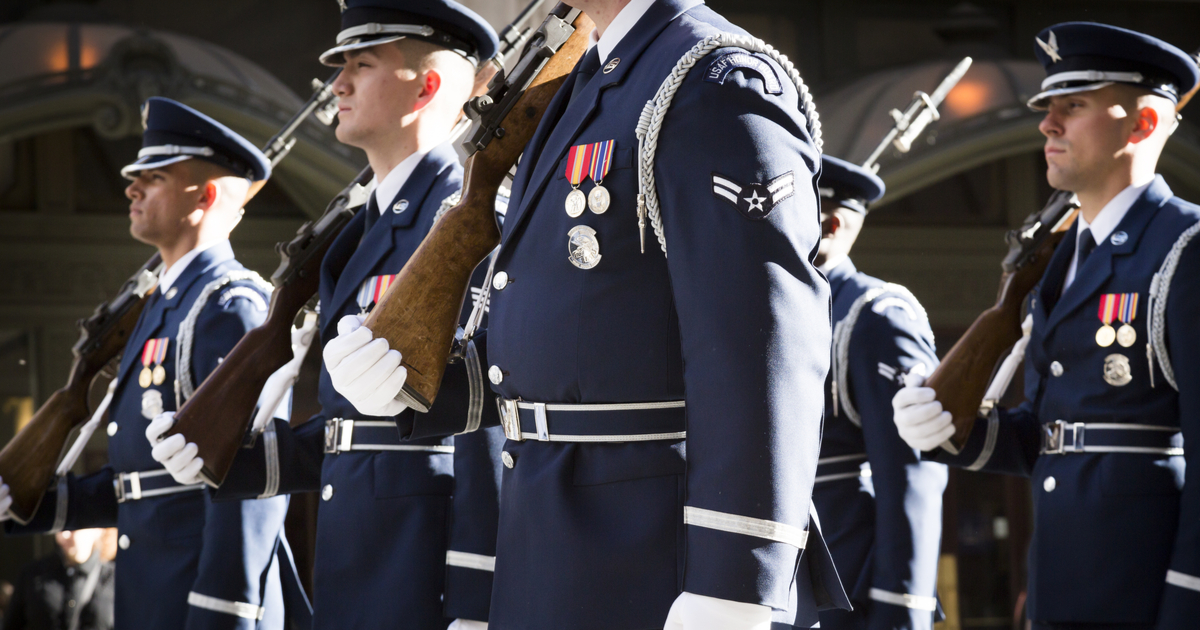 Avenged Sevenfold carried the torch for guitar-based metal and hard rock back in the mid-2000s. For 3-5 years, you couldn’t walk into an ROTC office without hearing those dueling guitar leads and throat-shredding vocals. 15 years after their legendary TRL performance, we decided to ask 5 diehard A7X fans what their favorite albums are. After learning how to scale a series of razor-wire fences, we went deep into the heart of Bat Country aka Edwards Air Force Base.

SrA. Eliza Sanchez: What? I never listened to Avenged Sevenfold. I’m more of a reggaeton fan. But I’m pretty sure my little brother liked them for maybe a year. What unit are you in? I’ve never seen you before. Why are your hands punctured?

TSgt. Jared Jacobs: Bro, I fuckin’ LOVE Avenged! I never heard of them until I enlisted but then other guys in my unit basically forced me to listen to them nonstop. Eventually, they seeped into my subconscious and became my favorite band. What rank are you, anyway? You’re dressed like the Wright brothers.

2d LT. Dale Crenshaw: Avenged Sevenfold? Like the bible verse? That was one of ma’s favorites. Wait, who are you? If you snuck in here you are in deep shit, buddy. Stay right here. Hey, stop running!

AMN. William Shott: Look, man- you gotta get me out of here! They tricked me into enlist because I was watching this really good Twitch stream. I didn’t realize it was a military recruiting thing! They offered 50% off a subscription and some sick emotes and now I’m here. My dad was so proud but I can’t cut it. I need a fake passport and I gotta leave the country. You can help me, right? Right???

Chief of Staff of the United States Air Force Charles Q. Brown, Jr.: Sounding the Seventh Trumpet, easily. Waking the Fallen was alright but everything after that is basically Taylor Swift to these old ears. I miss the fury of their metalcore roots. Sure, Synyster Gates can shred a solo but you can’t really mosh to it, ya know?