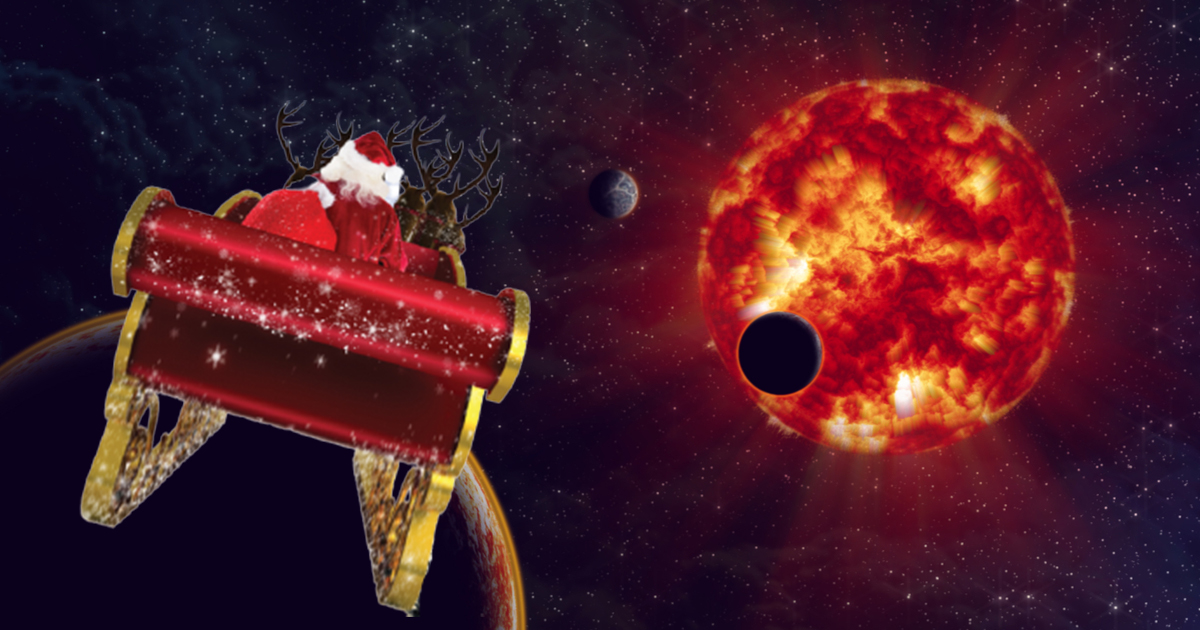 Of all the questions that children and children at heart have for the jolly old elf St. Nicholas, number one has to be “as an immortal, how will you spend eternity after the sun burns out, all humans perish, and there’s no one left to whom you can deliver presents?”

We headed down to the local shopping mall, hopped onto Pere Noels’ thick, squishy lap, and posed the question to the big bearded fellow himself.

SANTA: Ho-ho-ho, you’re a tall one aren’t ya kiddo?
THE HARD TIMESs: Hi Santa, I’m actually an adult reporter for The Hard Times, I was wondering if you wouldn’t mind doing a quick interview.
Oh-ho-ho I fucking love The Hard Times! Ask away!
Dope. So like, you’re immortal, right?
That’s right, Santa is forever!
Have you ever thought about what you’re going to do with the rest of eternity when you inevitably outlive all life in the universe?
Oh-ho-ho, it’s never far from my thoughts!
So what’s your game plan?
Well, obviously I’d lie to the elves and have them continue making toys as if all is well. I figure that little fib will buy me a few centuries. But eventually, a violent sect of elfin fanatics will seek revenge against Santa. Those little fuckers can make a dozen PS5s with their eyes closed, so crafting a pressure cooker bomb will be nothing for them.
But they can’t kill you, right?
Santa can’t die but boy can he feel pain, Oh-ho-ho!
Well, at least you won’t be completely alone. Is Mrs. Claus immortal too?
Oh yeah, she’ll live forever, but our marriage has been dead for a long time! Oh-ho-ho-ho-ho!
Really? You guys seem so happy in movies and TV and stuff.
Sure we keep appearances, but our relationship at it’s core is a house of cards, oh-ho-ho! I think she loves the idea of being married to Santa, but she never bothered to get to know the real Kris Kringle, you know? I don’t see her sticking around once things turn south.
So eternity is just going to be elves torturing you forever?
Oh the little sprites will tire out eventually, and after about 10,000 years after the heat-death of the universe we’ll succumb to total apathy and atrophy, ultimately forgetting that we even exist, oh-ho-ho-ho!
So eventually the whole universe will just be Santa and some elves floating around all catatonic?
Sure until the rest of the matter in the universe condenses into a singularity and explodes again! Eventually, life will evolve somewhere and a couple billion years after that, it’s Christmas!
Again?
Oh-ho-ho that’s right! Humanity is just the latest iteration of a cosmic cycle Santa has witnessed countless times!
This is getting heavy, I think we should call it here. Any final word for our readers?
You’re all dead already, and you don’t even know it!
We’re all dead already and…
Oh-ho-ho!
There he is.