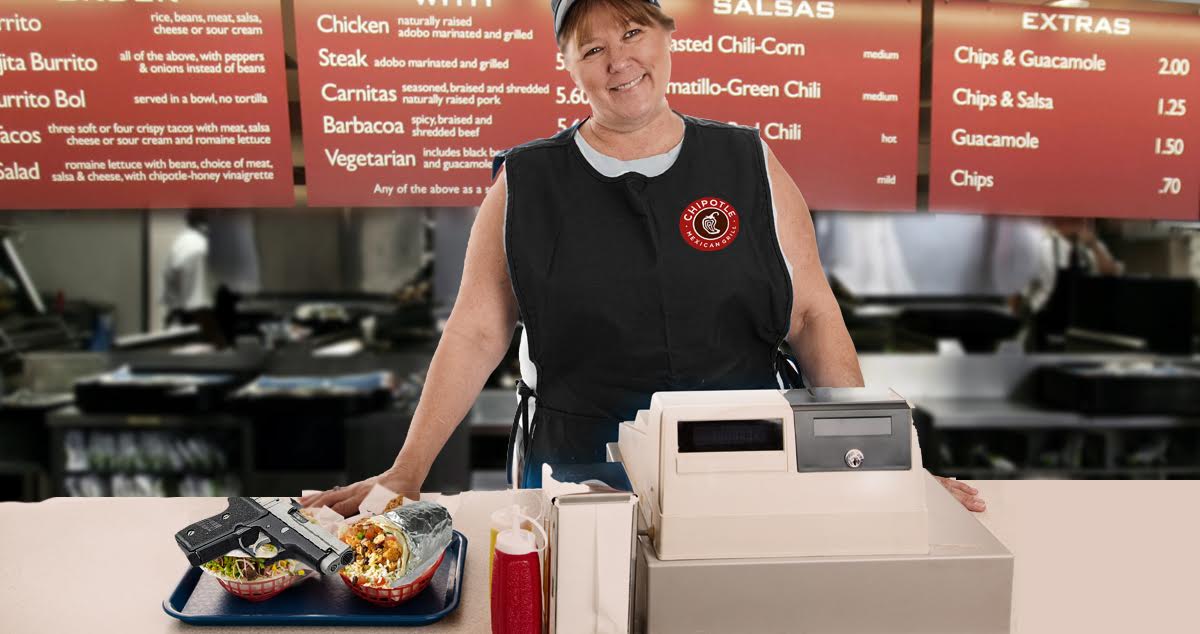 One of the best things about Chipotle is the secret menu. Using this hidden set of selections, customers can treat themselves to crazy food combos like the Quesarito or Taco Nachos. But what you might not know is that Chipotle’s secret menu isn’t limited to food. Here’s how you can use that same secret menu to order a gun.

First off, you have to be 21. This is America and we have laws about going into a burrito place and walking out with a gun. Safety first.

Second, and this is important, don’t just come out and say to the person taking your order that you want to get a gun. Announcing your intentions isn’t a dealbreaker but it’s bad manners and could lead to bad service and a subpar weapon.

Third, the sequence is super important. Start off by saying you want a Veggie-Select Burrito Bowl. This is an important verbal cue to the Chipotle employee that you’re down with the secret menu. Don’t expect any kind of recognition or wink though. They’re gonna play it cool just like you.

If you ordered correctly, you should see the Chipotle employee write “Gun” on the tin lid for your burrito bowl. They’ll probably double bag it too because it’s gonna be heavy.

As far as price, the gun parts usually cost the same wherever but market gauc prices can fluctuate so expect this secret menu item to cost somewhere between $50-$55.

When you get home you’re gonna have to spend some time cleaning all the food ingredients off of your gun parts. And then some more time assembling the weapon. There are tons of great guides on YouTube about how to get guacamole out of disassembly button spring, these videos are an invaluable resource.

And that’s it! Simple and easy. A word of caution, though. It can be nearly impossible to tell what kind of gun you’re going to get. I once ended up with a musket. So, if you have a specific gun-related need, you’re probably better off going to a licensed firearms dealer and not a fast food burrito restaurant.