These Two Dudes With Mohawks Both Hate the U.S. Government but for Very Different Reasons 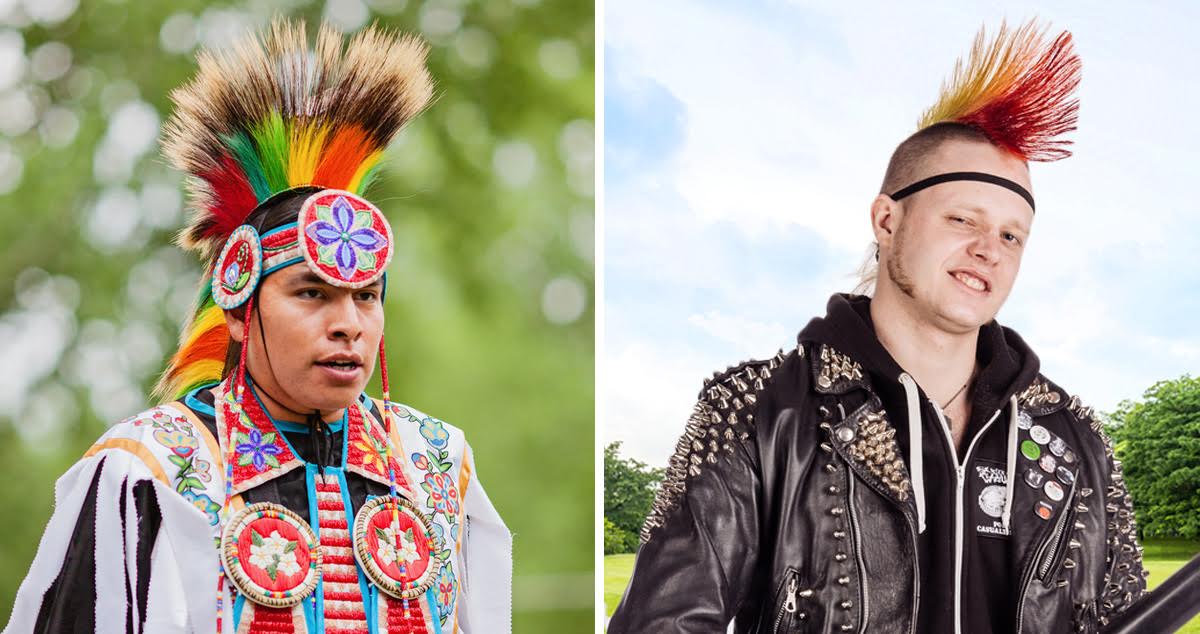 In our nation’s current state of total buzzkill, it’s more important than ever to focus on what makes us the same rather than what makes us different. That is why these two dudes who share an interest in mohawks and unbridled rage toward the United States government are an inspiration to us all.

Winged Snake is a member of the Pawnee Tribe and has shaved his head in the traditional mohawk style since he was a young man. He has spent most his adult life fighting for the rights of indigenous peoples of America. This last year he expressed his hate towards the United States government by protesting the Dakota Access Pipeline at Standing Rock.

Jared Gibbons is a street punk from Chicago and also wears his hair in a traditional mohawk style. He first adopted the hairstyle in 9th grade after seeing a picture of the band GBH on the back of a CD. Jared hates the United States government because he was also really into Anti-Flag as a kid, and DOES NOT want to die for his government. He wasn’t at Standing Rock to protest the Dakota Access Pipeline (but he did check in on Facebook saying he was.). He spends about $70 a month on Bed Head Up Front Rockin’ hair gel to make sure his mohawk is hard and the rest of society knows he’s not just another pawn in the system

While Winged Snake and Jared don’t necessarily spend their time worrying about the same issues, they can agree on two things: 1) The U.S. government sucks. 2) Mohawks are fucking sick.

Related: Amazing: This Guy Gave up His White Privilege to Be a Cybergoth

“I am proud to be Native American and wearing my hair in our traditional warrior style is how I connect with my people,” explained Winged Snake, who is still recovering from injuries of police brutality at Standing Rock. “The American government may have taken my people’s land, but they can never take my honor.”

“Fuck the system, they can’t have me. I don’t need society,” added Gibbons.

At their core these two proud men both share a fundamentally American belief: They both want the best for their country. For Winged Snake, that means clean water, peace, and unity. For Gibbons, complete fucking anarchy and free GBH shirts for every man, woman, and child.

Up the punx. Up the Natives.

Show your support for mohawks and contempt for your government in this new Hard Times shirt!