Tragic: This Shy, Awkward Teen Has Absolutely No Untapped Potential 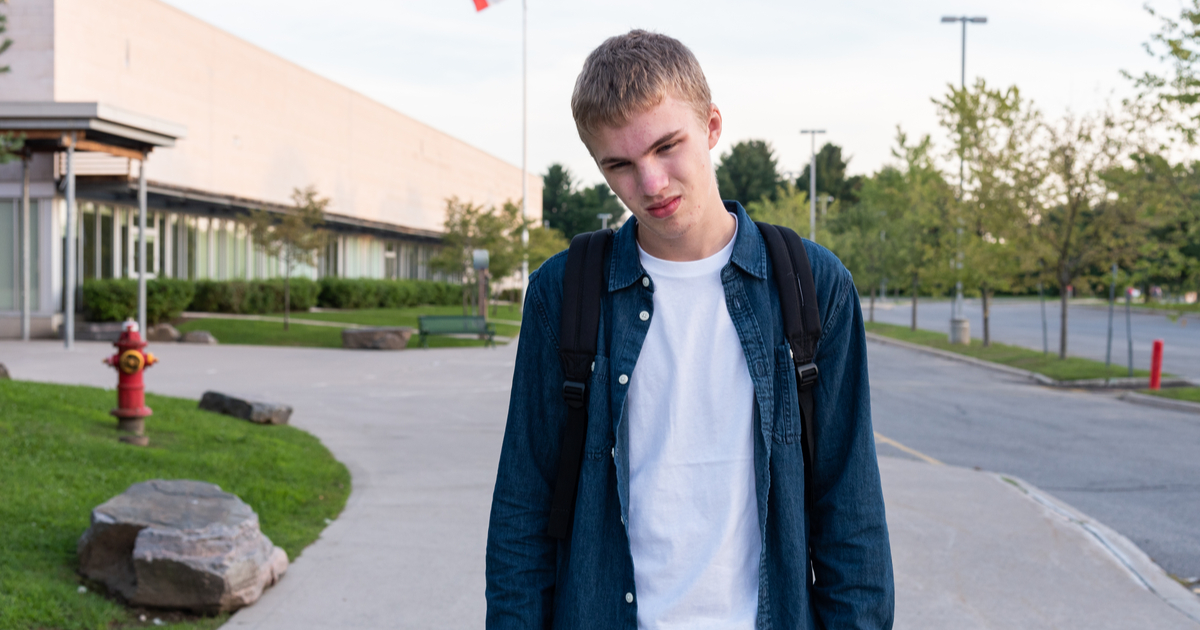 High school is a minefield. It’s the first time young people feel the pressure to distinguish themselves as worthwhile individuals. That’s why it’s always so inspiring to hear stories of bullied teens turning out to be gifted artists, storytellers, and intellectuals. In today’s world, everyone gets a chance to shine!

Well, everyone except Tanner McInerney of Johannson High. He’s got nothing going on and his classmates are right about him.

Tanner appeared on our radar when his mother reached out to tell us his story: he’s a sweet, nervous tenth grader who is constantly harassed by his peers, probably because of his plain appearance and boring personality.

But we suspected that there was more to Tanner than meets the eye, so we decided to ask him about his interests.

“I like cartoons,” Tanner said. “Adventure Time is my favorite. Also sometimes I make stuff for Etsy,” he continued, holding up what was probably meant to be a lanyard or some sort of key chain. “Want one?”

We know what you’re thinking: “I kinda want to make this lamewad eat dog shit.” We thought that too, so we gave him a chance to prove us wrong: we brought along some professional art supplies, a session band, and a world-class photographer. Whether his talents lay in art, music, or style, we were sure that Tanner could show the world what he’s capable of!

That was the plan, anyway. Tanner painted a little stick figure dinosaur thing before he got distracted and started watching Pewdiepie videos. Then we asked him to write a song, but it turns out he’s tone-deaf. The drummer got frustrated, called Tanner a homophobic slur, and dumped a beer on his head. We probably should have stopped him, but it was pretty funny.

We took some pictures of Tanner, too, but he’s got this weird dipshitty smile. It’s probably best for him if we don’t show you. That kid up above is just a stock model approximation.

Anyway, we are proud to have given Tanner the opportunity to prove himself against the abuse of his peers. Most teens would kill for a chance like this, and frankly, it’s not our fault that he blew it. Those bullies might be onto something. This kid sucks.

It wasn’t a total loss, though: our photographer managed to score Tanner’s mom’s number..