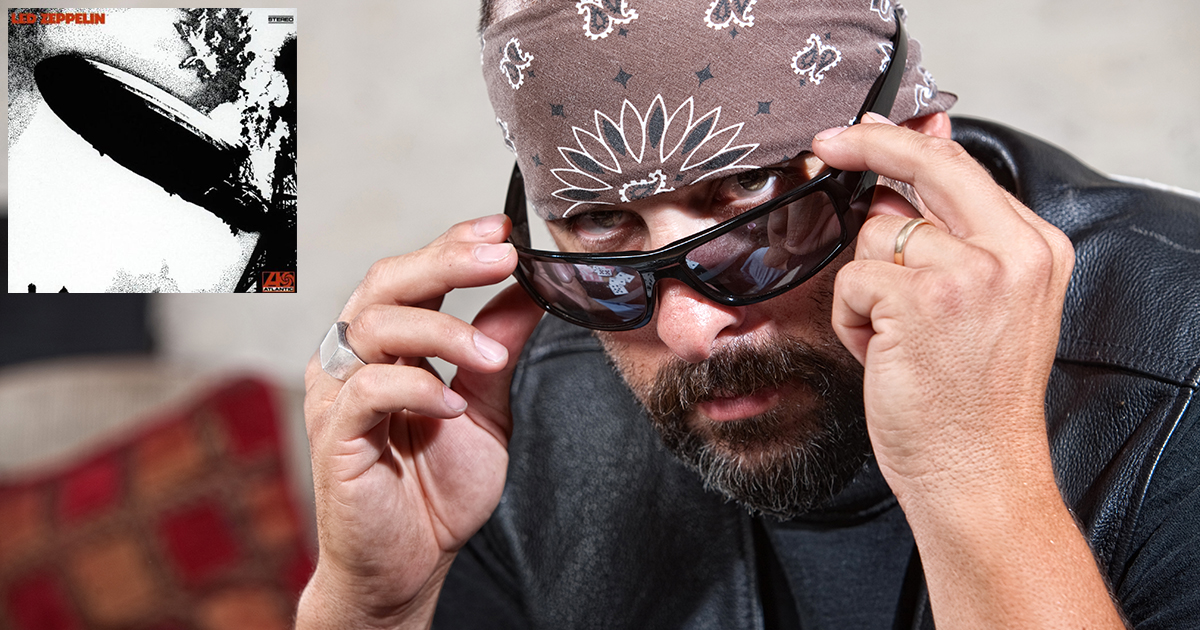 Whether you’re my mom’s ex-boyfriend or the guy my mom is currently sort of seeing Led Zeppelin has had an undeniable impact on your dumb life. But until my mom starts broadening her horizons dating-wise the question remains, which Zeppelin album reigns supreme?

Here is the definitive ranking of Zeppelin’s top 5 albums according to Steve, the guy more than likely banging my mom, as told to me when he wasn’t busy muttering homophobic slurs at my direction.

5. Led Zeppelin IV
Steve said that no real fan lists this album as their favorite, this one is just their most famous, and that anyone claiming it’s their best is a poser. I asked him if this was something most middle-aged people worried about and he said if my mom wasn’t in the room he’d have kicked my ass. Plus, he went on, this is when they started incorporating even more of that weird nerd shit in their lyrics, I told him I liked that and he said “You would.”. Anyway, we both agreed that Stairway is overrated.

4. Houses of the Holy
Steve said that this would be ranked higher if Zep hadn’t sold out on this one. He was actually pretty drunk by the time we got to discusing this one, but I was able to make out “fuck Pink Floyd” and “art school pussies.” As he was puking and begging me not to tell my mom about him trying to pick up the Buffalo Wild Wings waitress, he said he used to have a sweet airbrush of the album cover on his van.

3. Mothership
So we actually nearly ended up coming to blows over this one because I questioned his fandom for including a best of on his list. He told me I was just being a little bitch and was jealous that my mom was spending all her time with him. I told him he was limped dicked has-been who clearly peaked in high school just like all Zeppelin fans. He told me I listened to music by makeup wearing pussies. We cried together.

2. In Through The Out the Door
I laughed because I’m no Led Zeppelin fan but even I know this album fucking blows. I mean you think Houses of the Holy is pretentious and then you like this? That’s like saying you like “Cut the Crap.” I don’t know what the fuck my mom sees in this guy

1. Led Zeppelin I
He said that pound for pound this is the best Zeppelin album bar none. He actually used a lot of boxing metaphors. He said he boxed when he was in the Navy and probably could’ve gone pro if it weren’t for affirmative action. I told him that was a fucking bullshit excuse washed-up boomers used as an excuse for being failures.
Can someone cool please bang my mom?