In Times Like These, We Must Remember the Lessons Learned From the Aerosmith Arcade Game “Revolution X” 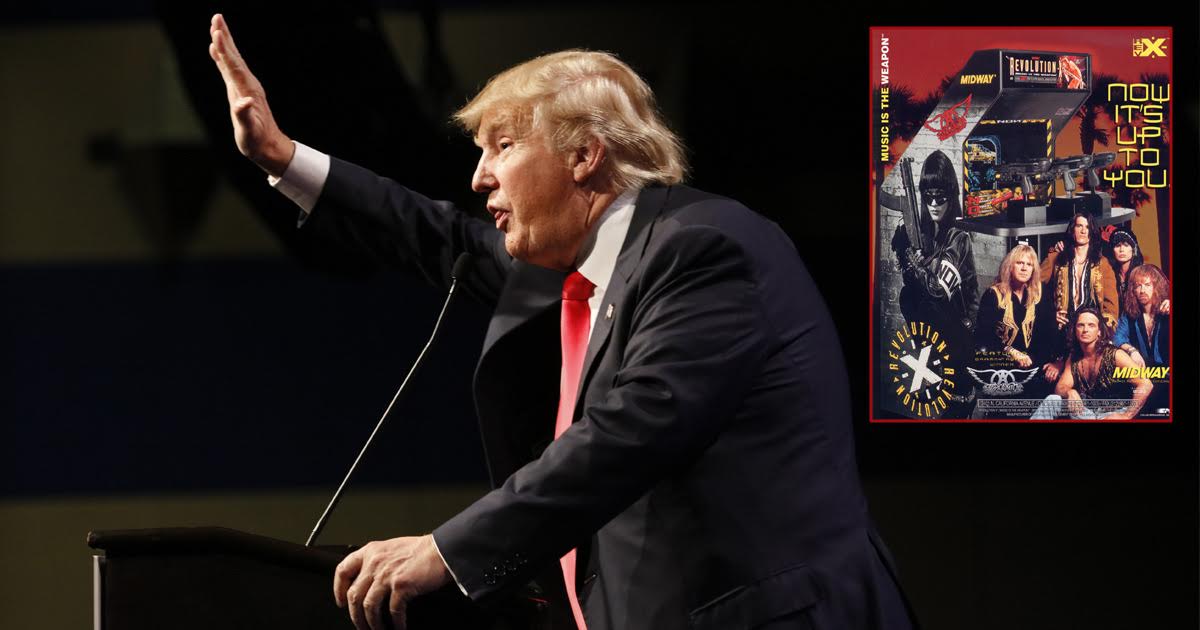 If you’re like me, the last couple of weeks have been stirring up a lot of dread and uncertainty. Despite a popular vote victory, their guy won. He did it. And now we have to come together and give President Trump a chance.

In your heart of hearts, you know this was not supposed to happen. If this is to be a decent country, one on the right side of history, we have no other option but to stand up.

We must remember the lessons learned from the mid-’90s Aerosmith arcade game “Revolution X.”

We must heed the words Steven Tyler spoke at Club X in the dystopian nightmare of 1996. “If you’re watching this…” he says, “then they’ve already taken over.” The game calls the enemy the New Order Nation, today we call them the Alt-Right. The NON kidnaps Aerosmith. The quintessential symbol of righteous, inalienable freedom. In the game we fight for the release of Aerosmith, in society today we must fight not to be captured ourselves.

There have been examples of this analogy made by other men in other artistic mediums. Did they have the same impact? Not even close. Nice try, Huxley. Way to hustle, Orwell. Aerosmith will take it from here.

Related: Society Is Turning Into Exactly What I Bet the Book 1984 Is About

So go ahead. Give their guy a chance. But I won’t. I’ll be on the front lines, hurling incendiary compact discs at any yellow attack helicopter or heavily armored rollerbladed thug that stands between me and true freedom. I will rescue Brad Whitford. I will rescue Joe Perry. I will “Eat The Rich.” I will not be the “Ragdoll” this Fourth Reich is counting on me to be.

We are more in need of a revolution (X) today than ever before. When Trump’s stormtroopers come knocking on my door I WILL remember those words screamed by Mr. Tyler whenever it was time to drop another 50 cents and continue the fight.

Please let us know in the comments below if you were as inspired to overthrow President Trump by Revolution X as we were.