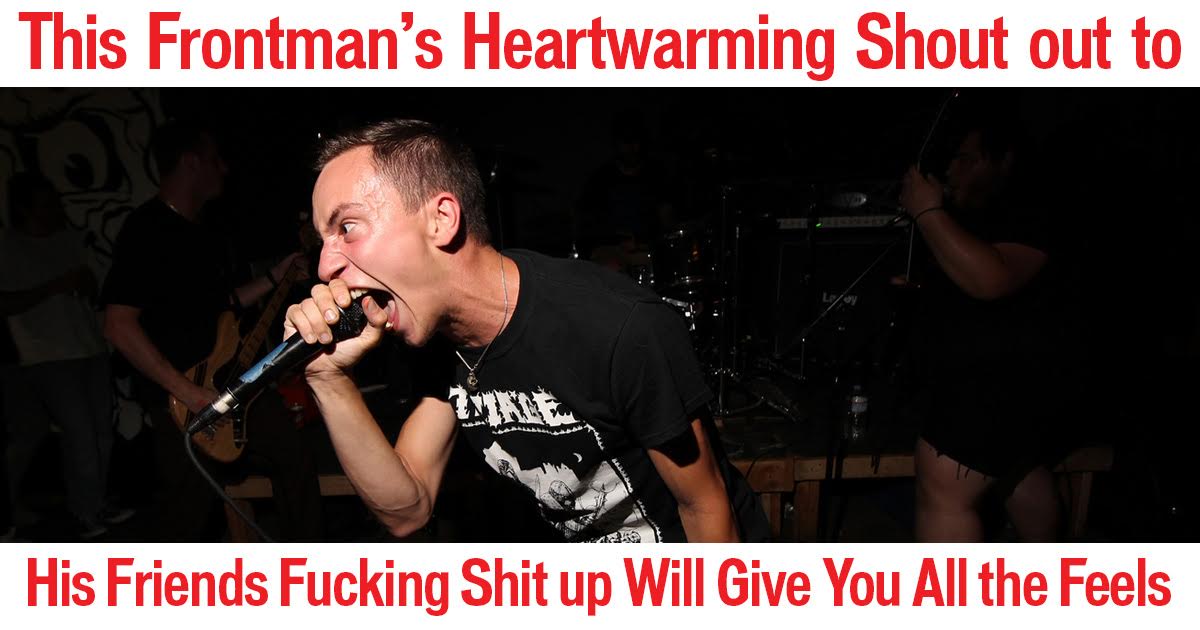 If you ever thought to yourself, “Emotions are for babies and emo kids” well you have not heard the touching tribute one hardcore frontman paid to his fellow crew members. At a recent VFW hall show in Philadelphia, Blood Tiger frontman “Big” Mike Whitmer took a moment between songs to personally address his friends that had been completely destroying anyone or anything unlucky enough to get in their way.

The shoutout opened with typical between-song banter, but quickly became a soul-touching tribute to the men Whitmer has been crewed up with for over a decade.

“Yo yo, how is everyone feeling tonight?” began Whitmer. “Listen, there are a lot of dudes here tonight that I have known for a long time. I just want to say to them, ‘this song is for you. Tear the roof off this place, motherfuckers! Bust it!’”

Those in attendance did not realize that Whitmer was not finished. After Blood Tiger finished their punishing anthem “My Family, Always There” Whitmer continued sharing his stirring feelings of gratitude.

“Big John, Big Luke, you guys have always been there for me. As some of you know, last year I broke both my hands in a terrible punching accident and was unable to punch anything for two months. Well those guys were there for me and punched everything I needed them to punch,” said Whitmer, fighting back tears. “You are my brothers, and this song is also for you. Tear the roof off this place, motherfuckers! Bust it!”

Pass the box of tissues.

To see a hard man like Big Mike bare his soul in front of dozens of people is one of the most moving experiences we can imagine. Whitmer ignored shouting out to his blood relatives to personally address people he felt were just as close as family, and that were making younger fans of hardcore regret paying the $5 cover charge for entering the venue.

We here at Hard Style think the hardcore scene could use more people like Whitmer, a person that knows the true value of friendship and sensitivity.

Tag some homies who you can always count on to fuck shit up with you in the comments below!