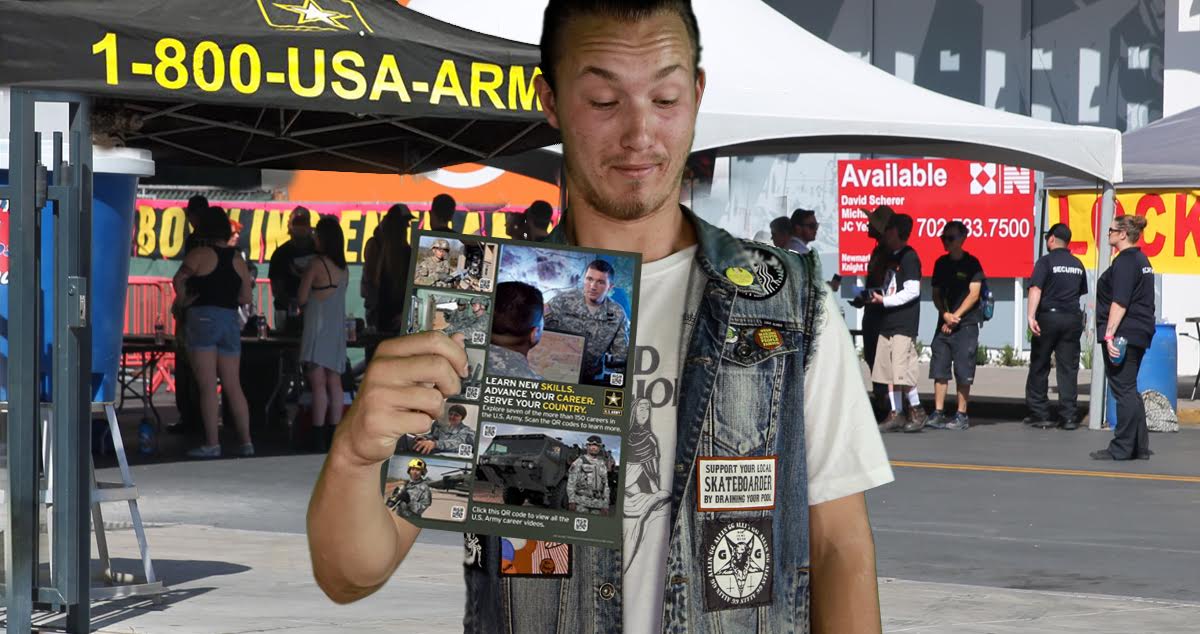 My last memory as a civilian is chugging beers at the Warped Tour and jokingly signing up for what I thought was Anti-Flag’s mailing list. The next thing I know I’m waking up on a bus headed towards Fort Benning in Columbus, Georgia for basic training. Basic training for the United States armed forces? Yes. That one.

I never wanted to end up here. I thought the dudes in the Sick Of It All pit were buff and intimidating but those guys are nothing compared to the other dudes here at boot camp. They’ve come from all walks of life to defend freedom and fight for their country and here I am just wondering how my girlfriend got home from the Warped Tour. Does she know where I am? Will she wait for me?

I arrived at basic training hungover and confused. I shyly asked others how they ended up here, naively believing maybe they were duped too. Nope. Almost all of them meant to join the army. When asked why I joined I told them about my Warped Tour experience and most of them just told me punk was “gay” while some sympathized with my predicament. Regardless, based on the reactions I’m getting I am beginning to think even my new superiors are surprised the Warped Tour tent worked.

Related: 3 Things You MUST Scream Before You Die!

Most people in the Army are assigned a nickname very quickly. Among the new recruits I met were Tex, Shooter, Gomey, and Red. I quickly became Dork Tour the minute the last syllable of my story left my lips. Why is this happening to me? I never thought this would be my punishment for trying to see Hatebreed on a Sunday afternoon.

After a few weeks of training I will be deployed overseas. I just held a gun for the first time a few days ago and now I’m off to die for my government in some foreign land, just like Anti-Flag tried to warn me about. Is this what you wanted when you allowed the Army to recruit at your shows Warped Tour? Well here I am, world, the one dude stupid enough to get tricked into joining the army at Warped Tour. Yep, that’s me alright, Private Dork Tour reporting for duty!

Joining the military is a huge life decision, make an easy decision instead and buy this Hard Times shirt!