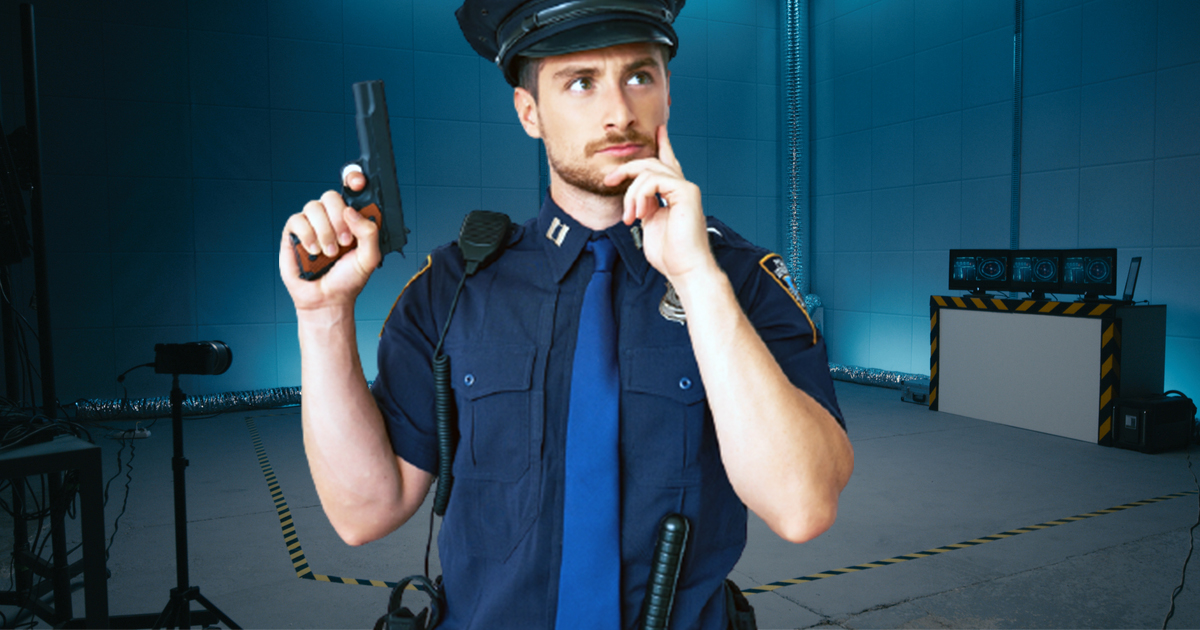 Here at The Hard Times, we’re always trying to push science into new frontiers. We thought the Stanford marshmallow experiment was cool, but wanted to try it on a group slightly more mature than children. The obvious step up from kids is of course cops, sort of the halfway mark between kids and adults.

Equipping them with guns secretly filled with blank rounds, we offered three police officers a real Sophie’s choice between two of their favorite things: unprovoked murder immediately, or two fresh marshmallows in 15 minutes. We found delayed gratification is not the strong suit of a group of guys trained to be a reactive, militaristic street gang.

Officer 1: “John”
John specifically mentioned how patient he is, citing his habit of waiting at least 30 minutes after his shift starts before sleeping in the squad car. Based on that comment, we figured he could probably wait 15 minutes for two marshmallows, but boy were we wrong. When he saw the back of the guy in a hoodie across the room, he shot him after just 4 seconds.

John cried for nearly an hour after the shooting, not because he had taken a life, but because we told him the murder he’d just committed was an illusion pulled off with blank rounds and squibs. Eventually we gave him one of the marshmallows just to shut his ass up.

Officer 2: “Bobby”
Bobby had a real sweet tooth, often eating 4 or 5 donuts before needlessly taking the safety off his gun in the morning. We got word that he’s actually an untreated type 2 diabetic, so we kept him waiting extra long to get his blood-sugar low and desperate. Technically that’s cheating a bit, but we thought for sure he would opt for the marshmallows. Yet again, the chance to murder a random citizen was just too enticing.

Bobby is down two marshmallows and his vision is blurring, but he seems truly gratified to have upped his body count.

Officer 3: “Wanda”
We wanted to make sure we included test subjects from multiple genders. Unfortunately, Wanda was the only woman in the entire department, and is actually an administrative assistant. It was the best we could do. Our hypothesis supposed that, since murder is really a specialty of male cops, and Wanda is neither, she’d have the marshmallows in the bag. But hypotheses are built to fail, aren’t they? Wanda ended up shooting the teenager we had sitting across from her after he tried to pull a pencil out of his bag. We’re not even sure where she got a gun. What we are sure of is that she did not use blanks, and that actor, if he lives, will probably sue the fuck out of us.

We were hoping to go through a bag of marshmallows, but even the coroner wasn’t surprised that they had to bring multiple body bags. At least this was more successful than our original plan for an all-cop Stanford prison experiment. That one descended into fascism in less than five minutes.