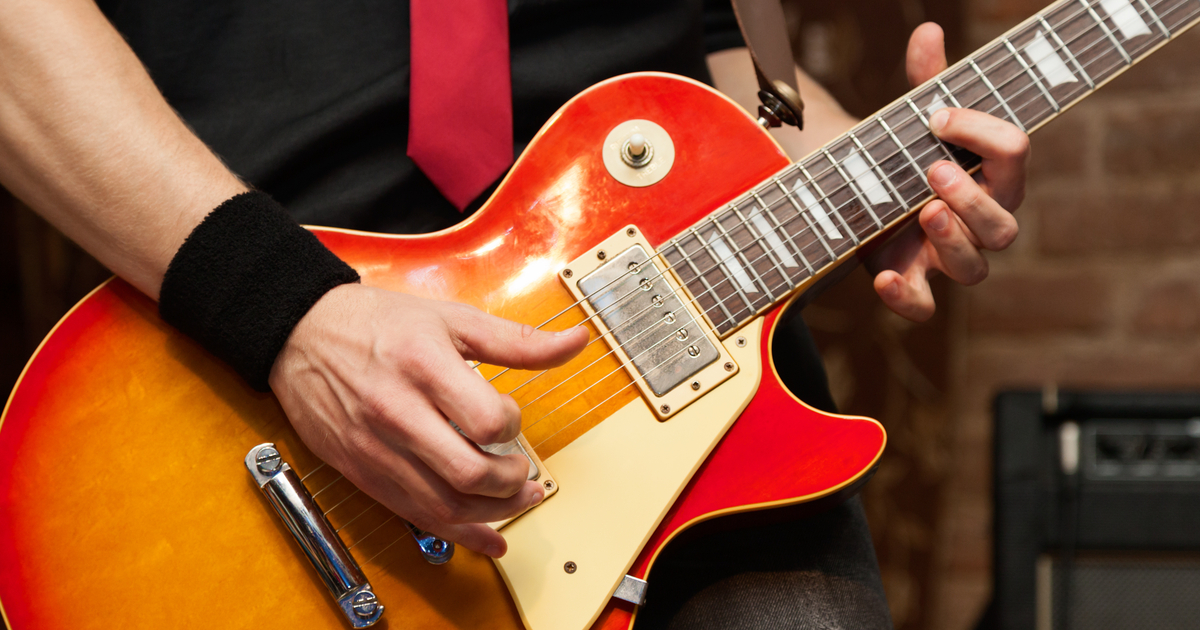 Lester William Polsfuss, better known by his stage name Les Paul, was a pioneering musician and the inventor of perhaps the most famous guitar in history, the Gibson Les Paul. But what if we told you that Les Paul accidentally stumbled upon his groundbreaking instrument while crafting a tool for bludgeoning Irish immigrants? A recently uncovered diary from Paul sheds light on the guitar’s true origin.

“I never cared for music. I loathed string instruments, and I despised rock and roll,” Paul wrote in a diary from 1982. “But sitting comfortably atop the long list of things I hate has to be those filthy, Irish immigrants.”

Later, Paul explained how he came upon the iconic guitar’s design.

“I chose solid mahogany for it’s unforgiving rigidity. I then added a single-cutaway designed to mangle bloated, Irish noses. And finally, six metal strings to scratch and gouge pasty, freckled skin,” Paul said. “But it was during one such vicious beating that a punchdrunk miscreant exclaimed “oi, you’re getting a proper sound from that wackety stick, eh?” or something similarly nonsensical. It was then I realized perhaps I could do more with my invention than simply murder these flame-haired bastards?”

“In reality, dad never learned how to play guitar. However, he thought that by selling his so-called ‘Irish basher’ as a musical instrument rather than a tool for cracking paddy skulls, he could subtly further his message of driving the Irish out of Western society. Unfortunately, his rouse was a bit too convincing, and many legitimate musicians, even some of Irish descent, embraced his guitar for its versatile sound”

She added “It broke his heart to see bog-trotting, mick bastards like John Fogerty and Billy Corgan creating timeless pieces of music on guitars originally designed to put the likes of them six feet under.”

Currently, Les Paul’s original prototype guitar is on display at The Rock and Roll Hall of Fame, still stained with blood from several Irish immigrants that he mercilessly beat to death.