The Next Kid Rock? This Animatronic Weasel Is Uncomfortable With Gay People 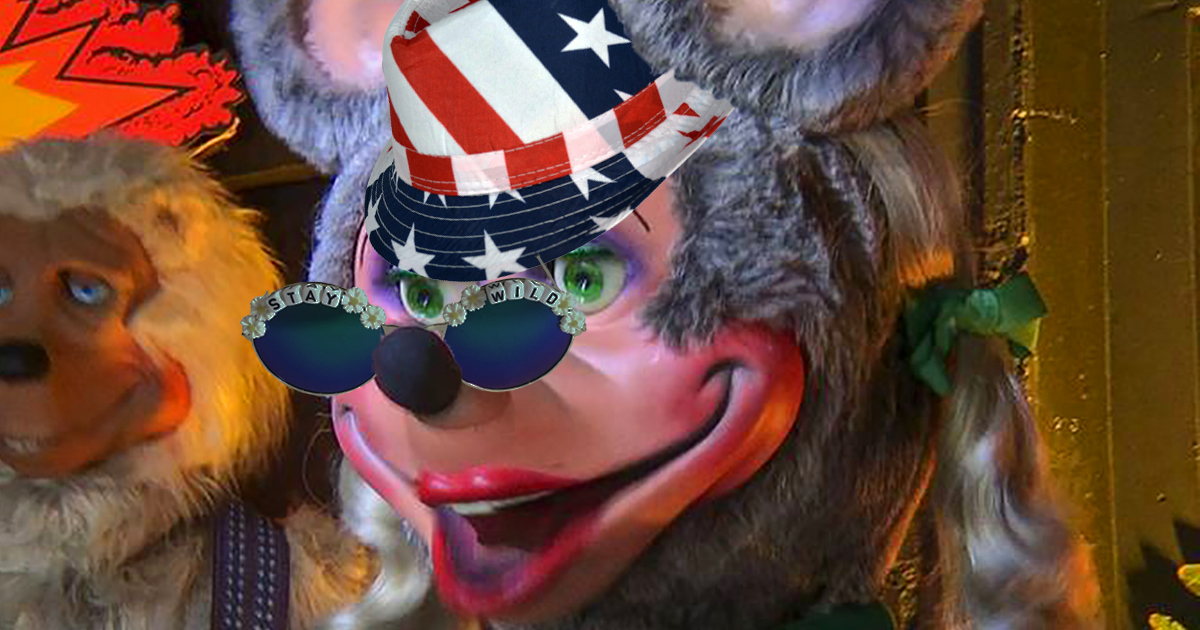 We all know who Kid Rock is and what he represents, but who will embody the worst side of our older brothers and uncles in the future? This has long been one of those questions that don’t have any answers, until now!

With his trash mouth and antiquated worldview, Wille T. Weasel, the banjo player of the animatronic house band at Terry’s Taxibilly Tavern is poised to take the mantle of the legendary outlaw cowboy! Let’s see how he stacks up to the original:

The Look:
This weasel looks like so much absolute hell that if you put him next to the real Kid Rock you would be hard-pressed to tell them apart! Years of lice damage have whittled his coat down to a patchy wisp and the frame beneath is gaunt and decrepit, not unlike a certain Mr. American Badass himself! Add to that the fact that our robo-rodent friend sports a tiny fedora and sunglasses mounted with hot glue and the two men practically look separated at birth.

The Ability:
According to his spec sheet, Wille T. Weasel runs on a first-gen Raspberry Pi preloaded with Lynyrd Skynyrd’s greatest hits. Experts in the field agree that this is more than enough hardware, data and processing power to generate music and lyrics on par with the infamous Detroit Cowboy.

The Insecurity:
Okay, he’s got the look, he more than has the talent, but does Kid Rock would-be Willie Weasel have the trademark sensibilities to truly represent the Devil Without a Cause brand? As it turns out, Willie is on the exact right wrong side of history to be the next Kid!

Over 70% of comment cards left at Terry’s Taxibilly Tavern last year alone were complaints about Willie. According to them, Willie displays an “inability to just let it go whenever two persons of the same sex express the slightest amount of intimacy in his presence.” Willie’s go-to move is to call attention to same-sex couples and say “well, it’s a free country I guess” before giving a long, slow, poorly choreographed eye roll. On more than one occasion Willie was written up for yelling at the waitstaff, and was once overheard telling them “you have to warn me when you seat those kinds of people near me, they freak me out.” If that wasn’t enough, Willie is wanted for questioning in connection with the capitol riots.

Keep your eyes open for a purple vape cloud to emerge from the smokestacks of Detroit’s abandoned tire factories because we might just have a new Kid Rock!

Good luck on your journey to Rockhood Wille, and from all of us at The Hard Times a hearty (Radio Edit)!