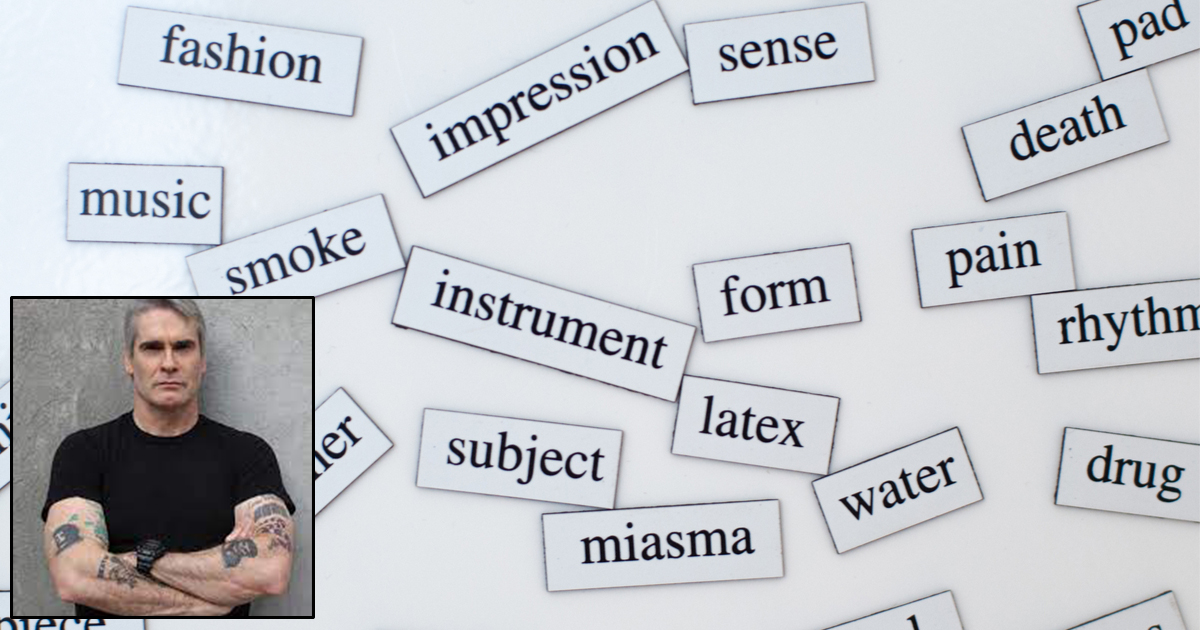 In the pantheon of Hardcore elder statesmen, Henry Rollins reigns supreme. As a frontman, actor, speaker, director, radio host, and television personality Rollins has arguably made the largest cultural impact by a frequently shirtless singer since Iggy Pop.

But who will act as a surrogate father figure to angry gym bros who read and say things like “I’m sorry if you were offended by what I said” when he is gone? Look no further than a punk house refrigerator in the Logan Square area of Chicago.

When the members of Godcunt noticed that their magnet poetry and radical activism pamphlet covered refrigerator had folded its arms defensively, they knew they were looking at the next custodian of the Henry Rollins mantle.

The similarities between the two don’t end at intimidation and angst-driven poetry either. Let’s break it down:

Attitude
With its folded arms, dedication to wordcraft and various political pamphlets magnetized to its chest this refrigerator instantly fills you with a sense of “I respect you and agree with you on a lot of things, but I will always find you off-putting in a way I can never fully shake.” Sounds like a certain former singer for Black Flag to me!

Clothing
Godcunt’s refrigerator is white with some wear and tear, but the smaller freezer section on the bottom had its door broken and was replaced with a black one. In other words no shirt, black shorts.

Acting chops
The fridge has never actually done any acting, but it does have a certain magnanimous something-something. You can definitely picture it giving Will Smith and Martin Lawrence the business in a quick Bad Boys cameo.

Mostly vegan
It’s always got some bacon in the back and some guilty pleasure frozen buffalo wings in the freezer but other than that all good stuff.

Kudos to Godcunt on such an important discovery, and good luck on your path to punk integrity greatness refrigerator! If all goes well in 20 years’ time we’ll be seeing you at a small theater doing spoken word about how much you loved pussy as a teenager!