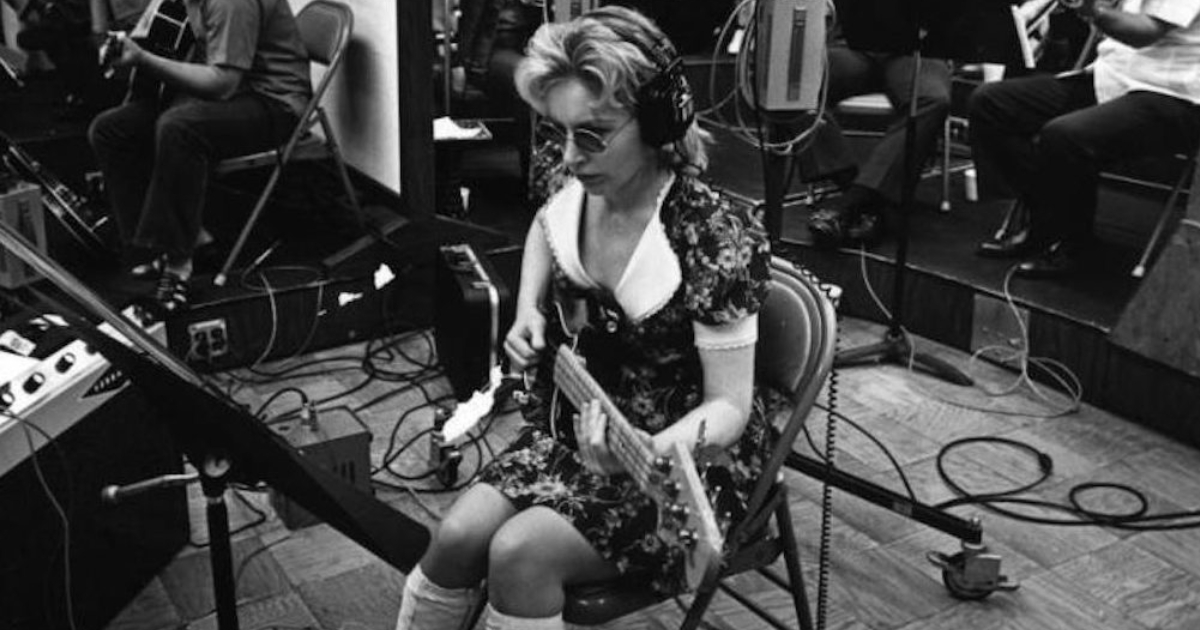 Throughout history, certain groups are overlooked. Regardless of an individual’s accomplishments, no matter how massive or prevalent throughout culture and art, some pioneers are ignored simply because of one piece of demographic information. Even if the individual’s work can be recognized by just about every living person on the planet, their names go unknown. Case in point: the most accomplished bassist in history is a woman. But since she’s part of a group so ignored, so downtrodden, and so historically diminished, few even know her name. Well her name is Carol Kaye. And she is a bassist.

Carol Kaye is a woman. And she’s celebrated for that fact, sight unseen. However, she is also part of a group largely ignored by music historians. Sure, you may know the names of a few bassists like Flea, Sting, and P-Nut. But they needed a flashy nickname and a closet full of cocksocks just to get your attention. Why can’t a bassist be respected on their own merit?

Carol Kaye is a hard-working musician who needs to be recognized for her work. What work you may ask? How about “La Bamba,” “These Boots Were Made for Walkin,’” and the theme for fucking “Mission: Impossible” just to name a few! There are literally thousands more. You have heard her work. You have danced to her basslines. You just don’t know her name. This is why we need percussionism.

Over the past 50 years, she’s played on over 10,000 notable recordings. She’s not only the most prolific bassist of all time but quite possibly the most prolific musician period. But I guess we’ll have to wait until she passes away before the bass-bashing music press acknowledges her greatness.

Okay sure, everyone knows bassists like Brian Wilson or Paul McCartney (well, except for Kanye fans of course). But that’s because they were also singers and songwriters in legendary bands. Well, when Brian Wilson was too busy conducting an orchestra/circus for the recording of “Pet Sounds,” who did he hire to take over his bass playing duties? That’s right. Carol. Fucking. Kaye. But who’s name is on the liner notes of that album for playing bass? Oh wait it actually does say “Carol Kaye.” I guess Brian Wilson is a pretty stand-up guy. Too bad he’s a frontman and they’re inherently scum. Smash the guitariarchy!