The End of COVID? This CamelBak Bro Is Sharing Water at Festivals Again 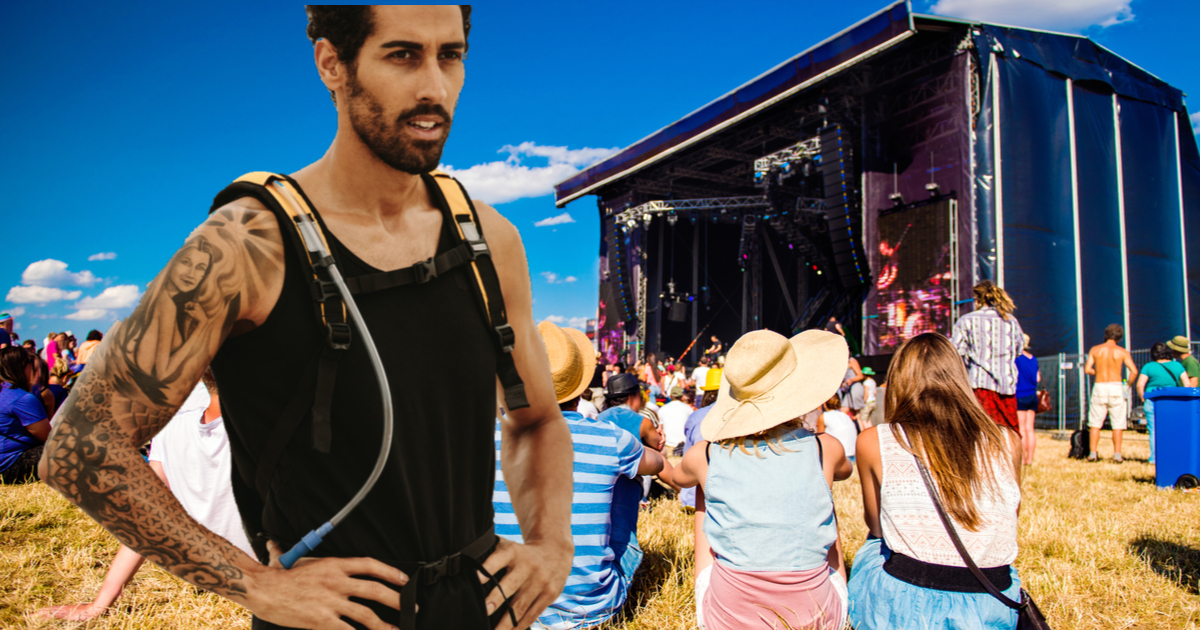 The pandemic is officially over, everyone! Much like a groundhog seeing his shadow, we have received the final sign that COVID is coming to an end. We just saw a CamelBak bro sharing water with strangers at this music festival.

Before the Coronavirus pandemic hit in early 2020, any large-scale summer show was guaranteed to have a series of staple characters. One of which was, of course, the CamelBak Bro. He’d proudly do his rounds across festivals with a downright frightening, yet inspiring, commitment to offering his chewed-up nozzle to as many strangers as possible.

Rumor has it that these self-declared “hydro-homies” were a major player in the World Health Organization’s early calls to cancel shows altogether, claiming that one culprit alone could cause a superspreader event spanning an entire country.

Over the last two years, most considered CamelBak Bros a product of days long gone by. A fable or tall tale from the before times. That is until one was spotted sharing again, marking a dramatic shift in the world’s recovery from the pandemic.

Wearing the latest edition of CamelBak’s Motherlode 100oz pack, Trent Baker stuck out like a sore thumb in the massive turnout of the Electric Palms festival. Sporting an impressive number of ticket wristbands documenting his attendance and heroic hydration efforts at nearly every major festival of the season thus far, crowds quickly began to notice and gather around Baker to avoid spending $10 on a bottle of water.

Now that the pandemic is waning, Dr. Fauci told us to “trust your gut” when it comes to taking Coronavirus precautions. That clearly means sharing a CamelBak hose with a dude you just met in board shorts. Our sources confirm that this obviously signals the end of the COVID era. Next, we’ll most likely be welcoming back the stoner that somehow pulls off sharing a single joint with an entire audience.