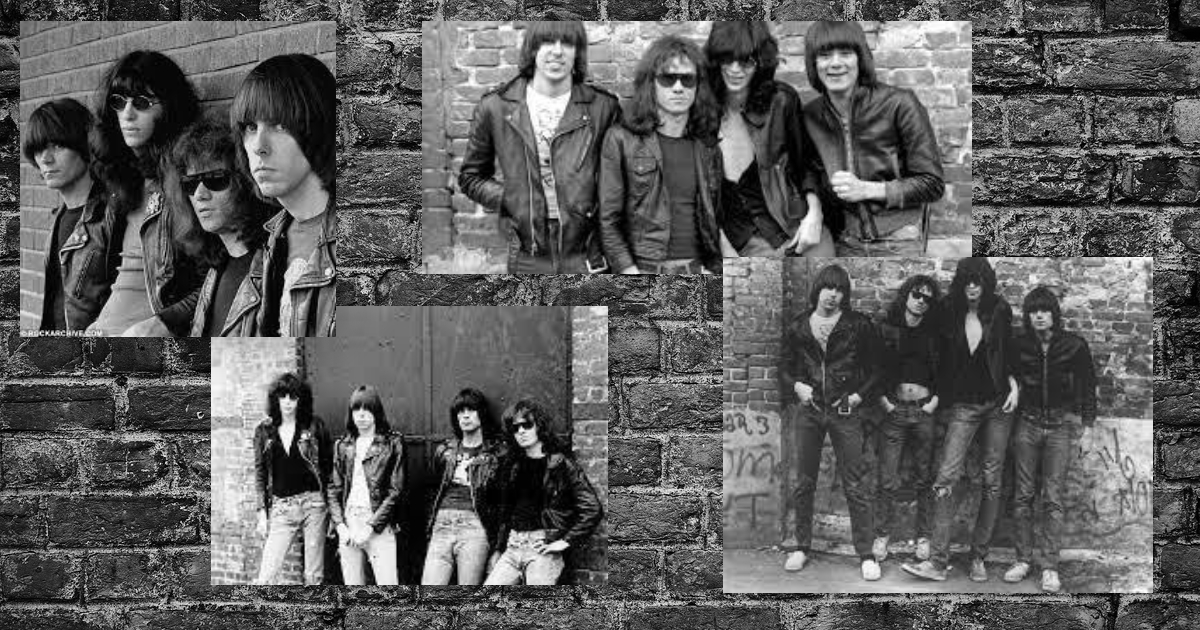 The Ramones have one of the most iconic looks in punk. Not only did they spend a majority of their time looking as punk as possible in coordinated leather jackets and tight T-shirts, sometimes showing off a belly button, but they were also frequently seen in the most punk position of all. Standing in front of an especially haggard brick wall.

It’s clear that each of the brick walls the Ramones posed in front of hold their own unique significance that helped mold the bands’ sound and, thus, the sound of punk itself. Here’s our definitive ranking of every brick wall the Ramones ever stood in front of.

Rocket to Russia (1977) – The brick wall in this album cover was evidently located in the back of CBGB, which as we all know is the infamous bar and grill located at Newark Liberty International Airport where we assume the band frequently dined. Anyway, they must keep the wall well-hidden because we couldn’t spot it anywhere when we went for lunch. That said, their “Sex Pasta” was Sid delicious.

Hey! Ho! Let’s Go: The Anthology (1999) – The wall shown on this compilation album is a departure from their previous studio album wall backgrounds. It looks like it might be a part of a school, prison, or maybe even a living room with exposed brick in a yuppie Brooklyn apartment. But don’t let that fool you. This wall fucking rips just as much as the studio album brick walls.

End of the Century (1980) – Sure, to the naked eye, the “End of the Century” album cover appears to be a simple red background with a shot of the band looking forlorn as hell in the foreground. But did you know that the red backdrop is actually one humongous brick among a wall made of other giant bricks? The band actually pumped more money into creating this custom wall than they did on the actual album recording. It shows.

Ramones (1976) – The band’s first album cover is considered one of the most important and iconic brick walls of all time. This NYC East Village brick wall completely revolutionized band promotional pics and opened the door for other bands to stand in front of something other than a barren field. Sadly, it’s since been torn down for a luxury brick wall, but you can totally rent this piece of punk history for as little as $5,000 per month excluding heat and hot water.