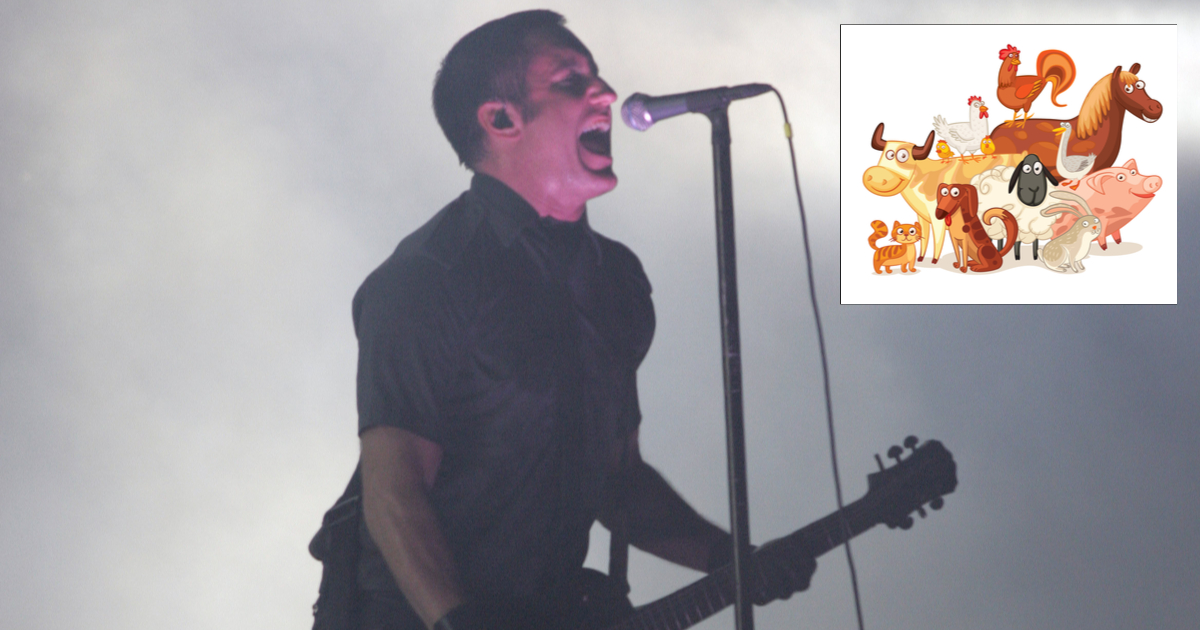 Journalism is all about specificity. So when it came time to analyze Nine Inch Nails’ ’90s love anthem “Closer,” we took a deep dive into the lyric, “I want to fuck you like an animal.” Particularly, what the hell kind of animal Mr. Reznor wants to make love to you like. After doing a bunch of research by watching National Geographic programming and a slew of YouTube videos we can’t unsee, here’s the definitive list of animals we think Trent Reznor wants to fuck you like:

Pig – Nine Inch Nails have songs called “March of the Pigs” and “Piggy,” and it’s a well-known fact that Trent’s favorite fable is “The Three Little Pigs.” Wait, did the pigs fuck the wolf? I haven’t read it in a while. Either way, curl your finger and put it behind your lower back because we think Trent Reznor wants to hit that, piggy-style.

Dog – Trent has bigtime “I breed dogs as my side hustle” energy, which would also mean he watches them fuck a lot. A LOT. We think.

Ferret – There’s a line in the song, “it’s your sex I can smell,” and if you’ve ever known a guy that owned ferrets you know their place constantly smells like hot steaming fecal matter. Just like sex.

Monkey – There’s a monkey in the video. Is that a clue?

Cat. Garfield, specifically – Word around our office has it that Trent heats up a big plate of leftover lasagna after a heavy night of animal-inspired sex and has a strict “no intercourse on Mondays” policy. Possible connection?

Snake – If anyone knows how the hell snakes can actually fuck without arms or legs, you know it would be the guy who wrote the lyrics “I drink the honey inside your hive.”

Harambe – Not really. Just want to take a quick pause to remember this legend.

Punxsutawney Phil – This groundhog can absolutely get it.

Animal from the Muppets – It was right in front of our faces this whole time. He wants to fuck you like Animal.