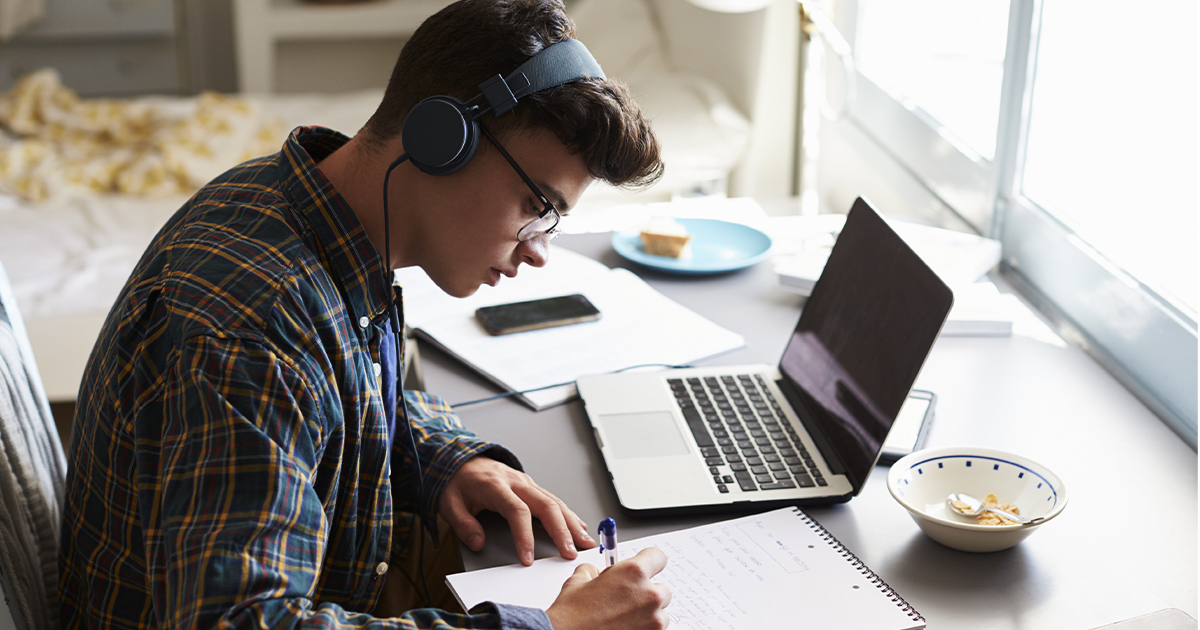 With the new school year having just begun, you’ll want to ensure you have all the necessary resources to succeed. And that includes your music.

Do you think that all that’s standing in the way between you and a 4.0 is a lack of glorified elevator music while you attempt in vain to comprehend your textbook? If so, make sure you have each one of these substantial releases in your library!

1) Aphex Twin – Selected Ambient Works 85-92
Richard D.James’ seminal debut is a must-listen for anyone who thinks they just need to hear 74 minutes of squiggling synths and thumping drum machines to make up for lifelong problems with focus and self-discipline.

2) Autechre – Incunabula
One of the most hallowed duos in the history of electronic music, Autechre kicked things off in style with this album, whose intoxicating beats and off-kilter melodies will be the perfect soundtrack for you realizing at 2 a.m. that either you’ve selected the wrong degree path or you’re just inherently inept.

3) Porter Ricks – Biokinetics
A landmark of both the ambient and dub techno subgenres, this German duo’s debut offers the singular sensation of feeling like you’re an underwater rave while you pretend you understand what the fuck it is you’re trying to do with your life.

4) An album by The Field
Look, there’s like 12 of these and they’re all basically the same, right down to the artwork. Um, maybe start with From Here We Go Sublime since it’s the first one and it has that song with the Kate Bush sample? It’s not going to help you any, but it’s a really good song.

5) Electronic Music for Studying, Concentration and Focus | Chill House Electronic Study Music Mix
No, this is not an album. But 5 million people have listened to it. And maybe you can scroll through the YouTube comments for inspiration before passing out at your desk and waking up in a frustrated daze of your own incompetence six hours later.