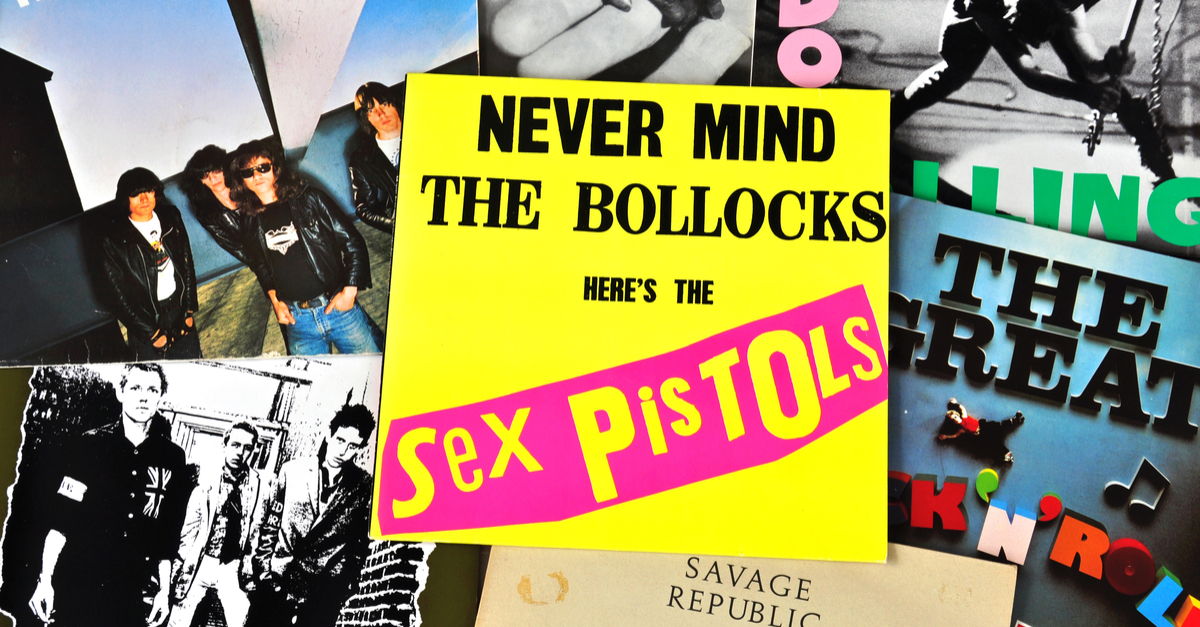 According to this fan theory, punk has been dead for decades. Not only that, but evidence suggests that since 1976 “punk” and its numerous revivals have died several embarrassing, stupid, found-in-a-dumpster-with-its-pants-around-its-ankles-style deaths. Don’t believe me? Then be prepared to munch on some proofy pudding.

The Sex Pistols Break Up (1977)
The original bad boys of punk! Lead by singer “Pistol Pete” Rotten, bassist Sid Vicious, and likely two other guys, The Sex Pistols, aka the Boys in Blue, kicked off the UK punk scene with the release of their classic and in no way overrated album “Never Mind, The Bollocks!”

Unfortunately for “The Only Band That Matters” El Pistolas imploded soon after the album’s release. Many historians cite this moment as the first death of “the punk.”

Rotten would go on to star in a commercial for butter, while “Psycho” Sid VIcious would dye his hair blonde, grow several inches taller, and become a World Wrestling Federation Superstar and two-time world champion!

Related: Is Punk Dead? How the Hell Should I Know? I’m a Bernese Mountain Dog

CBGB’s Permanently Closes (2006)
As everyone knows, the original CBGBs (pronounced “Sbeegb’s”) is a punk as fuck bar and restaurant located in terminal F of Newark International Airport. “F” being the most punk rock of all terminals.

Legend has it Henry Rollins’s agent once negotiated the terms of his client’s History Channel contract while gnawing on “Up the Punktato Skins” at this very restaurant!

Unfortunately for the punk rockers of Newark’s Frequent Flyer Platinum Class, CBGBs has been forever lost to the sands of time. RIP — Rest in PUNK!!!

The end result was, of course, groundbreaking. Critics hailed Avril’s first album as awe-inspiring, and every RIOTGRRRL in the punk community immediately recognized Lavigne’s superiority. Allegedly, Patti Smith self-immolated upon seeing Lavigne ride a Power Wheels around a mall in the “Complicated” music video. And Siouxsie Sioux vowed to stop spelling her name like an idiot.

Casey Jones Declares His Hatred for “Punkers” in Teenage Mutant Ninja Turtles (1990)
The infamous TMNT scene in which violent hobo Casey Jones expresses his disdain for “punkers in ugly green makeup” caused a seismic rift within the punk community.

Quickly after the film’s release, all NYC punks became so terrified that they tinkled in their little pants.

No punk has dared step foot in The Shiny Apple since.

Wanna support The Hard Times? Buy one of our t-shirts! :