Skulls: Who Wore Them Better? 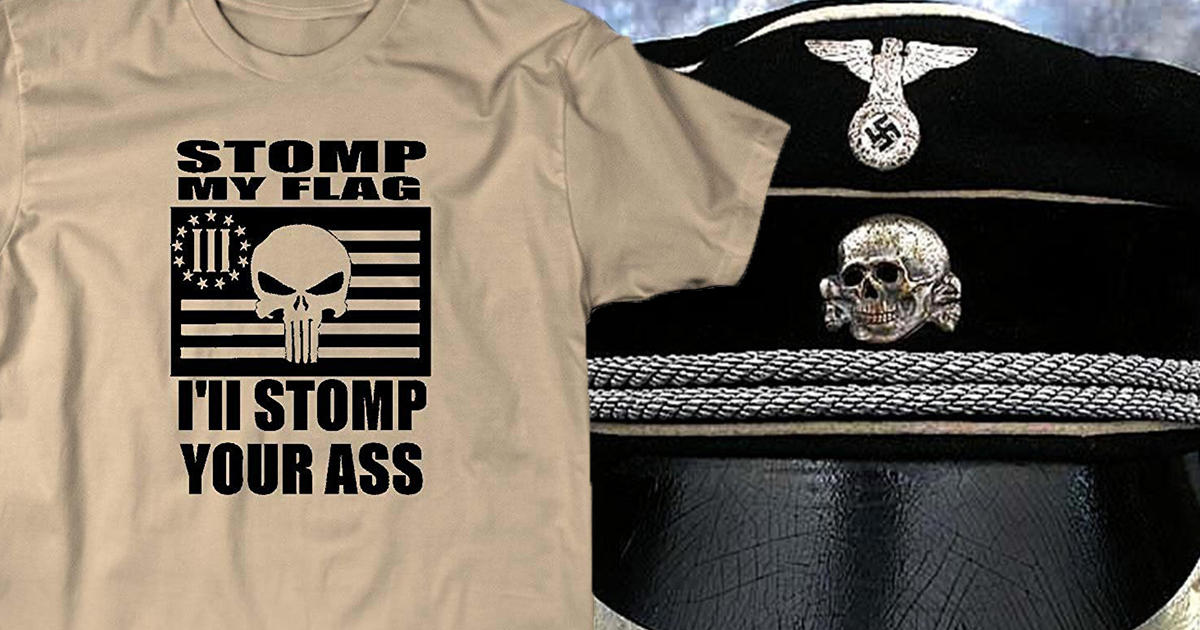 Some fashion trends are just timeless. Nothing says ‘fun’ like a pair of Chuck Taylors, nothing screams ‘class’ better than a high-end watch and nothing says “I will fulfill my agenda through means of terror” better than wearing a skull.

Like bell bottoms and elbow blazers, the skull’s popularity goes up and down over time but never completely goes away. This look was brought to its undeniable height by the Nazis during World War 2, but these days it’s finding a resurgence among patriots of the good ole U.S of A. Whether you’re a former marine, an off duty cop or just a douche-bag whose friends with a bunch of cops, you wouldn’t be caught dead without a skull on your person or vehicle.

All across America, angry white men are discovering the same thing Hitler discovered with the uniforms of the SS. The right look sends the Right message. Wearing a skull shirt accompanied by a threatening slogan and a pair of Oakley wrap around shades can tell the world everything it needs to know about you in just one glance.

This resurgence of Nazi ideals and styles begs the question, who wore it better? the Third Reich, or you’re uncle whom you avoid. Let’s break it down!

Placement:
The Nazis were subtle with their skulls. They pretty much only put them on their hats and the pendants were small. At a distance you could hardly tell they were evil. Sure some people say less is more, but you know what else is more? More. For placement, we’ve got to give it up to modern angry white dudes. They really know how to flaunt the look! These guys are putting skulls on hats, t-shirts, even police cars in some states!

Presentation:
Understatement does have its charms. The Nazis would just let the skull speak for itself. In a way it’s message was more frightening because it was up to you to interpret. Sure tagging the skull logo with slogans like “If you stomp my flag I’ll stomp your ass” makes your message more clear, but is that always a good thing? For presentation, we have to give it up to the Nazis.

Organization:
It should be no surprise who takes the big win in the organization category. When you saw someone wearing a Nazi skull you knew EXACTLY who they were and what they’re about. But the modern skull? Sure, everyone who wears it is an insufferable prick, but in what way? In a “build the wall” way? In an “arm the teachers” way? Are the alt-right? Libertarian? Right-leaning Centrist? It’s just a mess

The Verdict:
A new spin is always refreshing but you just can’t beat a classic. The punisher style skull may be sleeker and “now” but it just can’t hold a candle to the original. Sorry dad’s friends, we gotta give “best in skull” to the Nazis.