Santa Claus Is Coming to Town? Fuck, I Still Owe That Guy 50 Bucks! 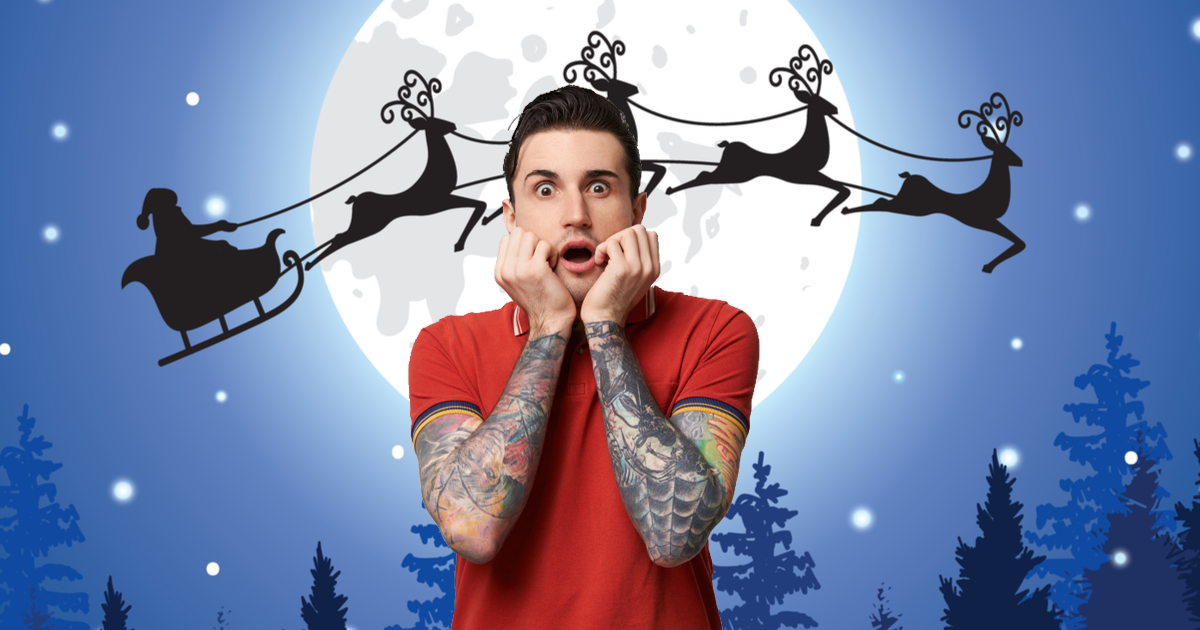 Did you hear the news? Santa Claus is coming to town! For most, that means putting out the cookies and milk and eagerly awaiting his arrival. For me, it means boarding up my chimney and spraying reindeer poison all over my lawn. Because while Santa may be coming to bring you all presents, he’s coming to my house to collect. I never should’ve borrowed $50 from the most ruthless debt collector this side of the North Pole.

Most folks think of Santa as a pleasantly plump old elf who hands out presents. But I can tell you that he also has a dark side. The man keeps and updates a list of “naughty children.” Santa holds a grudge. God only knows what he does to people who give him bounced checks.

Admittedly, borrowing money from Kris Kringle wasn’t my proudest moment. I was behind on my rent and, if I’m being perfectly honest, I had made some lousy crypto investments. Who would have thought the “JizzCoin” bubble would burst, leaving egg all over my face? Anyway, I had to get to my mom’s house and needed to get the boot off my car. That’s when that jolly piece of shit appeared out of nowhere with a 50 dollar bill. At the time I thought it was a gift. When he laid his finger aside of his nose, I thought that was the end of it.

Maybe I just need to level with that velvet-covered toy-pimp. Hopefully, he’ll be riding high on free cookies and kissing mommies that he’ll let this one go until next year. Maybe I could offer him a JizzCoin.