Real Life “Ocean’s Eleven”? Each Employee at This Cracker Barrel Plays a Unique and Important Role 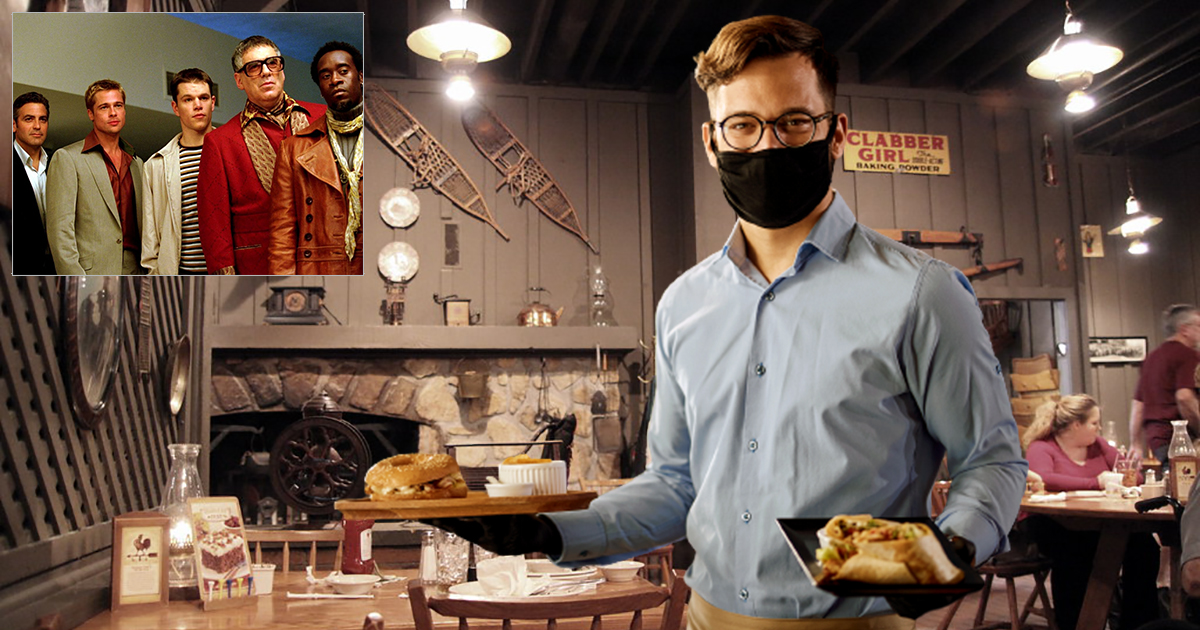 “Ocean’s Eleven” is a 2001 heist classic starring George Clooney as the wry and charismatic Danny Ocean, who leads a team of thieves, each with their own field of expertise, to orchestrate the biggest score in history.

Like all of you, I watched the Ocean’s movies imagining myself as part of the gang, rubbing shoulders with Brad Pitt or cracking wise with the lovable Cockney Don Cheadle. But what if I told you that the sophisticated professionalism and teamwork of the OCU doesn’t just exist on the big screen, and that there’s a place where it’s served up every day with a side of southern hospitality?

Here at Cracker Barrel, everyone brings their own unique skill to the table, whether it’s board folding shirts or balancing an arm’s length of biscuit baskets, all to pull off a job that would make Matt Damon blush: the after-church lunch rush!

Our elite team of all-stars work in tandem using high tech radio earpieces to make off with your customer satisfaction, and the pride of creating an unforgettable dining experience is a bounty we don’t have to split eleven ways.

Let’s consider a possible high-stakes scenario one might encounter on the job: A family of four just finished their third game of rug checkers, and they’re starting to get antsy. They want to know when their table will be ready. But word comes over the radio from Lesley that table 18 won’t budge until they’ve mastered the triangle peg game, and Kayleigh says table 7 just found another razor blade in a hamburger. “Stall! Stall!” What would Clooney do?

Time to call in the heavies. Our Retail Sales Associates swoop in just in the nick of time. BOOM, Rachel drops a Weasel Ball to distract the kids while Katelynn talks to the parents about our extensive picture disc vinyl selection, which includes the Purple Rain soundtrack for some reason.

Meanwhile, Ricky helps 18 solve the golf tee puzzle while busing their dishes, and before you know it, it’s time to show our family to their table. Whew! I’d like to see Julia Roberts keep her cool during that trial by combat.

Also, the people in the kitchen make the food.

Anyway, that’s it for orientation unless you have any questions. Employees park in the back lot, and remember — here at Cracker Barrel, as long as you aren’t gay, black, or disabled … you’re family.