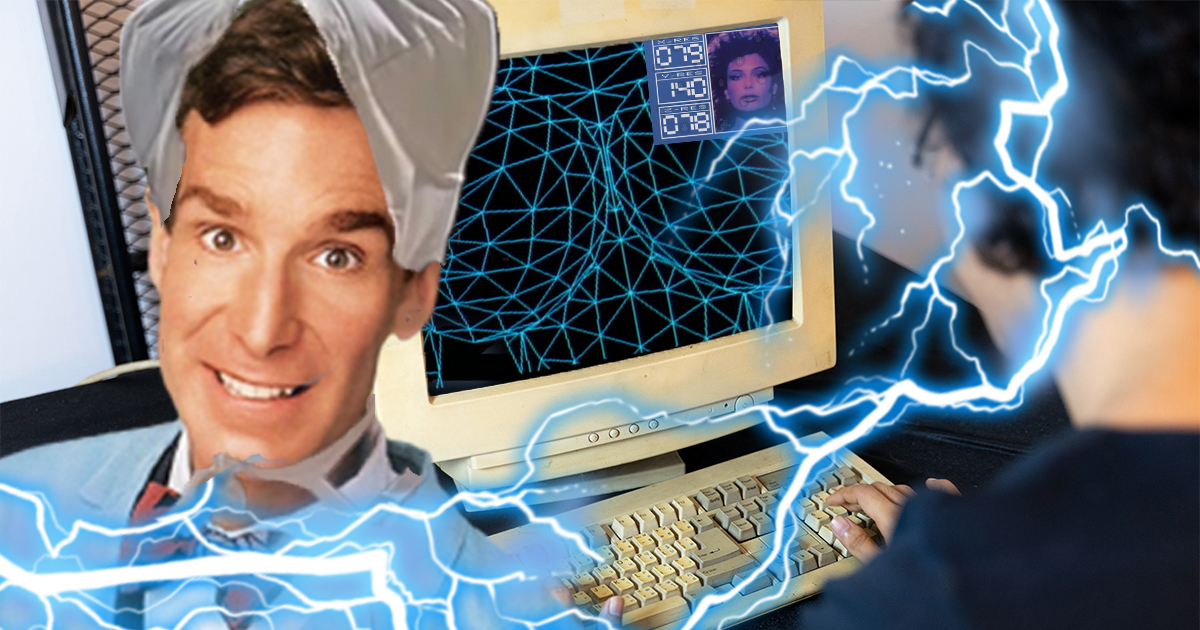 Whether you’re a parent trying to educate your children, a nostalgic ‘90s kid, or just an idiot who still needs basic science explained to you, Bill Nye The Science Guy is the infotainment you need! Unfortunately, not every episode has aged well.

In light of the modern cultural climate, Noggin has decided to pull the episode of Bill Nye The Science Guy in which Bill instructs you and your horn-dog buddy to put bras on your head and use your computer to create a nubile, godlike woman who will obey your every command from it’s streaming library.

The show is now prefaced with the following message from Noggin:

“Due to its antiquated objectification of women, the ethical questions raised by creating sentient life, and the threat to national security presented by the ownership of an omnipotent sex woman, we have decided to pull the episode of Bill Nye The Science Guy titled “Build-a-babe.” Enjoy the comparatively more wholesome episodes about building potato clocks and what clouds are.”

While this is objectively the right call, we made the mistake of asking what you think about Noggin’s decision on Twitter. Here are the top replies:

“First I can’t see Ken Jeong in blackface, and now this? Thanks a lot, lib-cucks!”
@electricboogadude

“Kids today are being robbed of a real childhood. They don’t go outside anymore, they live on their goddam phones, and they don’t create sentient computer gods that are also super hot. It’s sad.”
@HornyMark_09