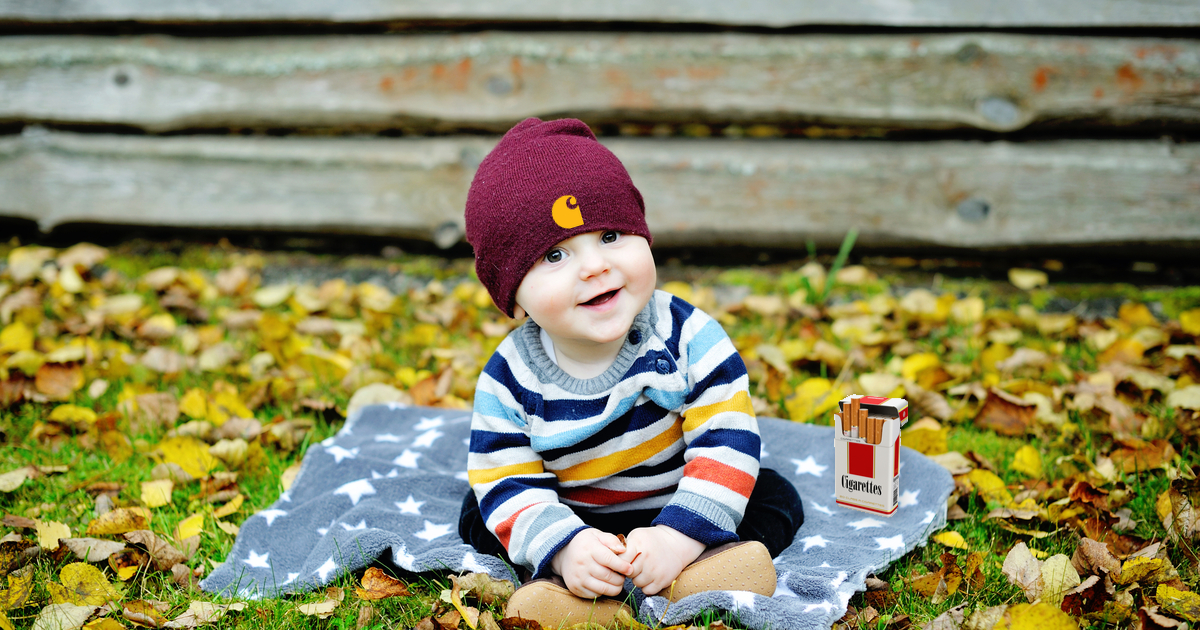 These days, most people don’t care to know anything about the brands they wear. E-girls love wearing Thrasher despite never having stepped foot on a skateboard and my 89-year-old grandma wears Champion for comfort, even though she’s never won a championship in her long, championshipless life. You may not care about what the brand your wearing represents, but I do. So if you’re wearing a Carhartt beanie, don’t be surprised if I offer you a cigarette outside of the bar. And if you happen to be a baby wearing your mom’s Carhartt beanie, then tell your mom not to get mad when I tell her you suck at smoking them.

For real, this baby seriously sucked at smoking. He looked lost, uncertain, and on the verge of either tears or a poo-poo. I gave him a slap on his little baby back and told him I felt the same my first time. Then he coughed. Like, a lot. What a fucking baby.

Can you believe it? Even though he was wearing a Carhartt beanie, he started choking and gagging as soon as I lit up his ‘rette. Get it together or don’t wear the beanie! Hell, when I was his age, every Carhartt product came with a pack of cigarettes. I gotta say, in all my years of putting lit items in the mouths of strangers based on their clothing brands, I have never run into such a poser as this guy.

When I was coming up—and admittedly a total poser—all the guys used to bully me into becoming the genuine person I am today. Times sure have changed since then, but I knew I had to give this new guy a stern talking to. I told him, “Hey man. Look, if you’re gonna come around here and sit in your stroller outside Mikey’s wearing that Carhartt beanie, you gotta expect to socialize with the locals here. When you’re offered a cigarette, you take it and smoke it like you’re one of us. Got it?”

Okay so at this point he just started losing his mind. He wasn’t even forming sentences. Just saying a bunch of nonsense words. He must’ve been hammered. I thought maybe he just needed a bite to eat so I gave him the rest of my Heineken and some pretzels. Did you know modern strollers have like 45 cupholders? Back in the day, my mom had to hold BOTH our roadies. These kids today don’t know how good they have it.