Personal Attack? This Musician Is Better Than Me 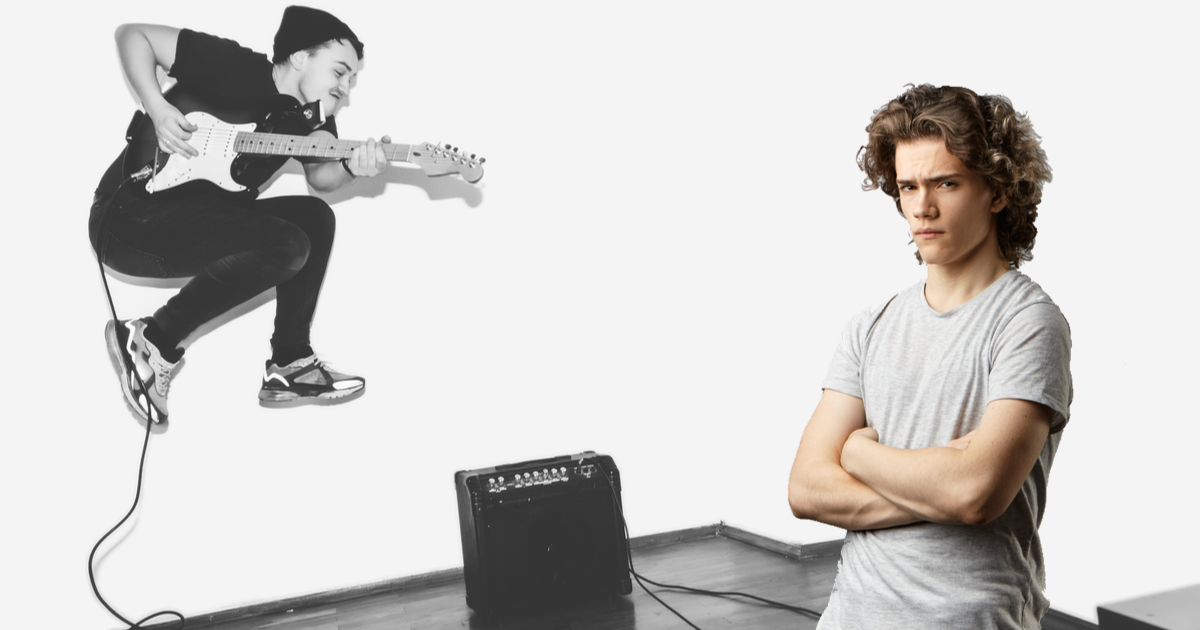 I don’t like to brag, but I don’t think it’s too far off for me to say that I’m a better guitarist than about 99.99% of people. I say “about” because, again, I don’t like to brag. While being a virtuoso has its perks, it also makes you a target for unhinged maniacs who thrive off of your misery. I found this out the hard way today when the other guitar guy at my local Guitar Center started playing better than me.

Fuck you Simon Johnston, regular of the Guitar Center on Halsted in Chicago, Illinois. Way to make it personal, dude.

It began innocently enough. I was in the middle of testing out an especially sexy PRS SE 245 (that’s a type of guitar for all you non-guitarists), when all of a sudden this random guy starts eyeballing a crappy Fender strat on the wall next to me. I knew something was off when he didn’t immediately compliment me on the barrage of sick-ass riffage I was laying down.

My initial thought was that he had never heard a musician of my caliber play before and simply didn’t know the proper etiquette. Then, without any warning, this guy picks up the strat, plugs himself into a nearby amp and starts shredding like I’ve never heard anyone shred before. He had this crazy look in his eyes, which weren’t even pointed at the fretboard. HOW ARE YOU SUPPOSED TO KNOW WHERE YOU ARE IF YOU DON’T LOOK AT THE FRETBOARD?! At that point, it became obvious that this guy had trained his entire life just to satisfy a personal vendetta against me, specifically.

Things only got worse when one of the employees complimented him on his playing. Instead of giving me a compliment too, the same employee just asked if I was “finding everything alright.” How am I supposed to “find everything alright” when a store I once thought was a safe place for me to jam and not buy anything is colluding with someone hellbent on destroying me?!

I share my story so others can learn that being a better musician than me is never ok. Sticks and stones may break my bones, but playing riffs that I can’t play is a dick move, bro. Ultimately though it’ll be me who gets the last laugh once I figure out the “Smoke on the Water” riff.