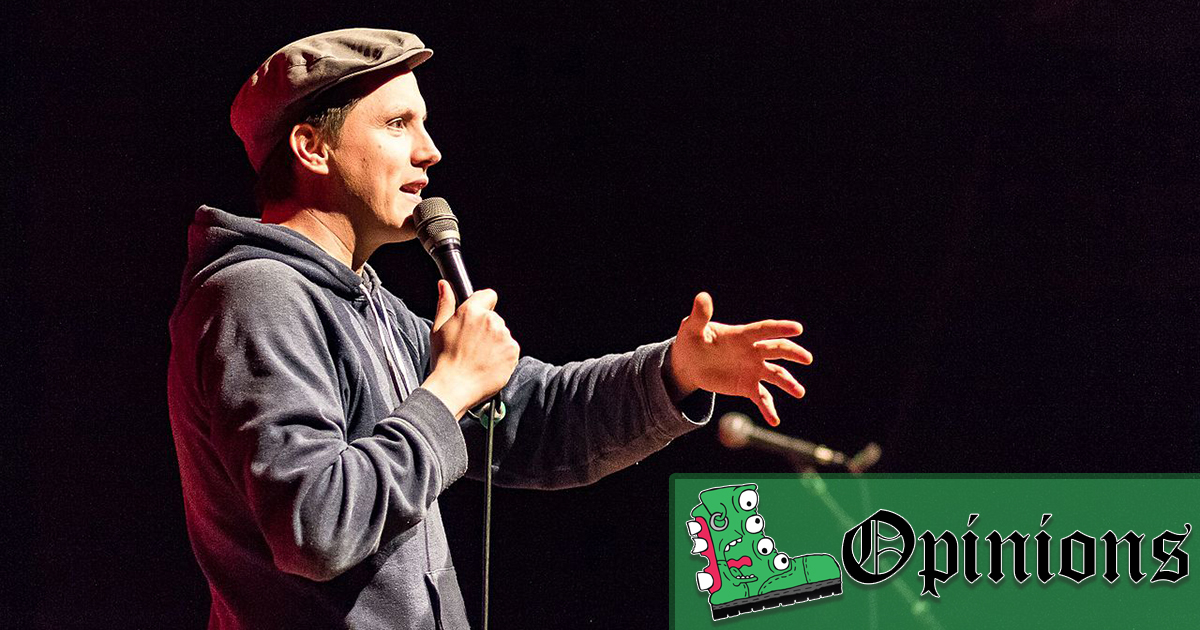 Too many young people in this country grow up believing that their only ticket out of the affluent suburbs is a career in professional eSports, or becoming the next Eminem or that other successful white rapper, Slim-something. When their childhood dreams are inevitably dashed by a lack of rhythm or perceptible rhyme scheme, they often seek gratification by less reputable means, within the lawless fringes of spoken word poetry.

As a mother of three, I am appalled by the rate that children from highly-advantaged backgrounds are being funneled out of private schools and into America’s dead-end slam poetry scene. Consider the statistic that 2-in-3 young males may be victims of this shameful “school-to-poetry slam pipeline” based solely on their zip code — and those are just my spoiled loser kids!

It’s happening all across the country. As soon as they get to university they start experimenting with drugs and they start experimenting with NPR. This perfect storm of privilege ultimately leads them down a path of making chillhop mixes and filling notebooks with atrocious free verse — ending in the dark, lonely venues where they’re encouraged to read that garbage out loud.

Before you know it, these kids are stigmatized adults, trapped by a revolving door of poetry slams and degrading open mics, incarcerated (metaphorically) by the delusion that they are legitimate artists. Some even go on to commit serious crimes that would normally land them in prison were it not for our impressive wealth and family connections.

I’ve already lost two children to this vicious cycle, and I pray that my youngest will not be stifled by the same romanticization of poverty and violence. And yes, I’ve considered moving us across the country to escape the localized pattern of reverse-discrimination, but our vacation home is no place to raise a teenager year-round.

My two eldest sons, Todd a.k.a. ‘BeverlySkillz90210’ and Cordell ‘The Hunky FOMOsapien’, are both probably rotting in some grimy basement slam right now. I just want them to know that none of this is their fault. They were brought up with every possible advantage and will never have to face the consequences of their bad decisions… Now if that doesn’t sound like the failure of a broken, immoral system, it’s probably because I have no personal experience with failure.