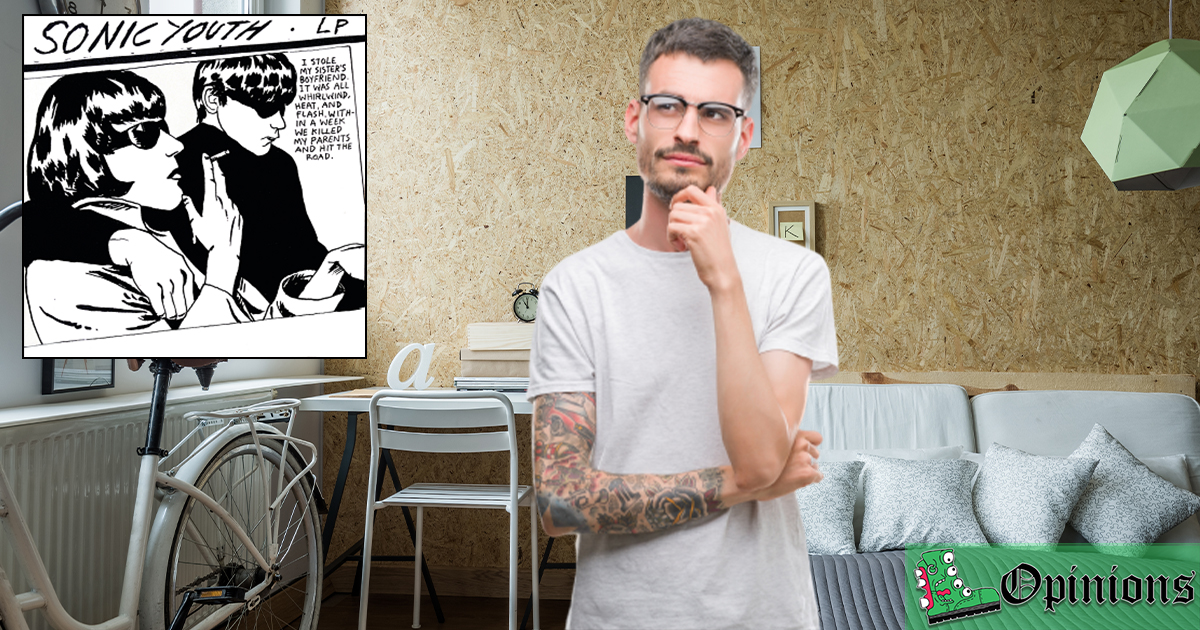 Sonic Youth is quite possibly one of the most influential bands of all time, at least I think so anyway. Thurston Moore and Kim Gordon have single-handedly inspired thousands of musicians, from what I understand. And although their later albums are listenable, I much prefer their earlier stuff, I assume.

Sure, I haven’t actually heard their early work, but I have heard of it. That’s what matters.

To be frank, I’m not sure I’ve ever listened to the new stuff either. One time I accidentally heard some of their middle-era material and really liked what I heard. But it turned out I was just listening to Nirvana’s b-sides and getting it confused with the Youth. Happens to everyone.

But from what I can tell from those lesser-known Nirvana tracks I heard, I definitely think I would prefer Sonic Youth’s early material. What’s the “Bleach” of Sonic Youth? That’s my favorite, I think.

Either way, I most certainly prefer Sonic Youth’s early t-shirts for which I have several. I have one I bought at a vintage boutique store for $80. It has holes which not only makes it look cool, but it’s also a sign that it’s old and part of their “early stuff” apparel.

And while I’ve never heard their album “Goo” I have seen a poster of it in my friend’s room and thought it was cool. Is that considered early stuff? I’m going to say it is and then go out on a limb to say I actually prefer it to their later posters.

If we want to call a spade a spade I have never in my life actually heard a Sonic Youth song. But if I did I’d just know their early stuff was better. Not, like, their first album. I’m talking their very first demo. I’m that big a dedicated fan of Sonic Youth, I presume.