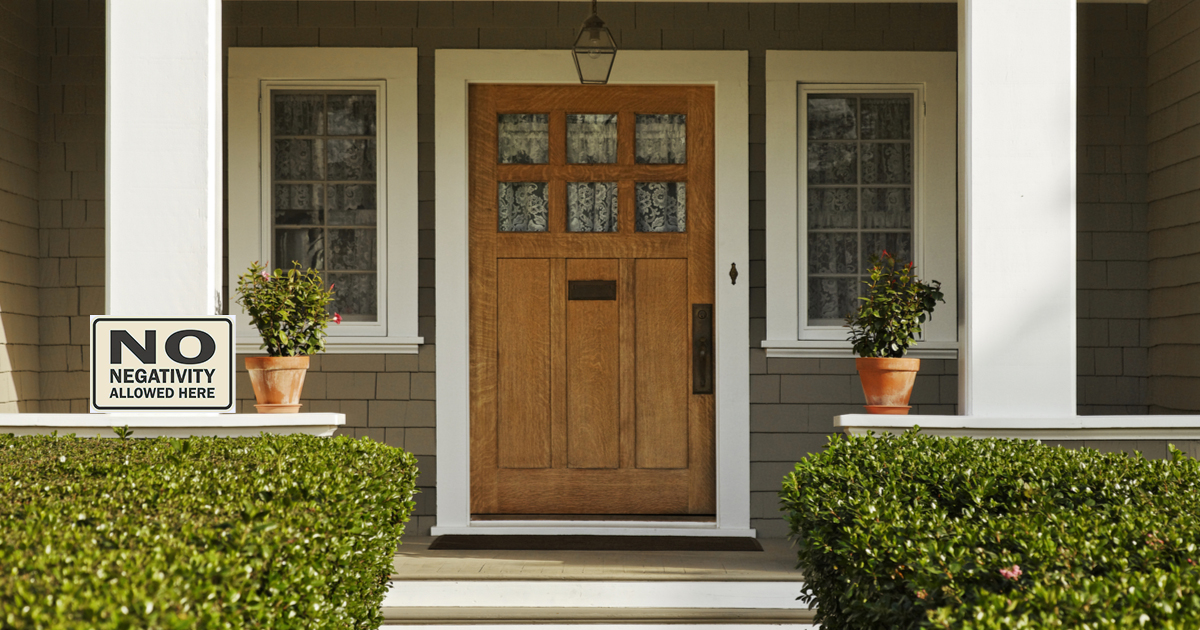 Sometimes a political statement comes along that really forces one to rethink their whole world view. While it’s been centuries since Martin Luther nailed his 95 Theses to the church door, that hasn’t stopped countless individuals from following in his footsteps and nailing their various theses to the church doors of our minds. I had no idea my tiny, insignificant life was caught in the orbit of such a profound mind until I saw my neighbor’s “Negativity Not Welcome Here” sign on their aggressively browning lawn.

Talk about a no bullshit, take-no-prisoners attitude. If I was stupid enough to bring any negativity even close to their house, I’d be kissing my own ass like it was leaving for war. I shudder to think what cruel punishment awaits those who harsh the mellow of Good Vibes Manor.

Imagine being the cursed soul to cast a sideways glance at their next craft beer tasting soiree? Or perhaps a passive-aggressive comment towards a trinket purchased during their seventh annual international vacation? When I think of the world-o-hurt that poor fool is in for I just want to grab my children and hold them as close as I can.

What I’m most impressed by is the bravery. In a world where so many seem to insist on being such pouty-cats about everything, from racism to poverty, finally here are some people willing to say enough is enough. They saw a problem in the world and decided to fix it by erecting this sign, an arduous task that must have taken dozens of seconds.

Imagine a world where everyone had the courage to see injustice, march down to Target, and purchase a carefully curated lawn sign that vaguely summarizes a feeling they may have had. These people are heroes. And I don’t mean heroes the way we throw that term around willy-nilly when talking about firefighters or civil rights leaders. I’m talking about real, honest, salt of the earth gentrifiers. The kind of people that saw low-income housing 20 years ago and said “we will make a paradise of this,” the people who boldly erected Starbucks after Panera Bread after Pier 1 Imports until the work was done.