Oh Fuck: The Bad To The Bone Guitar Riff Started Playing As That Bearded Guy Entered the Room 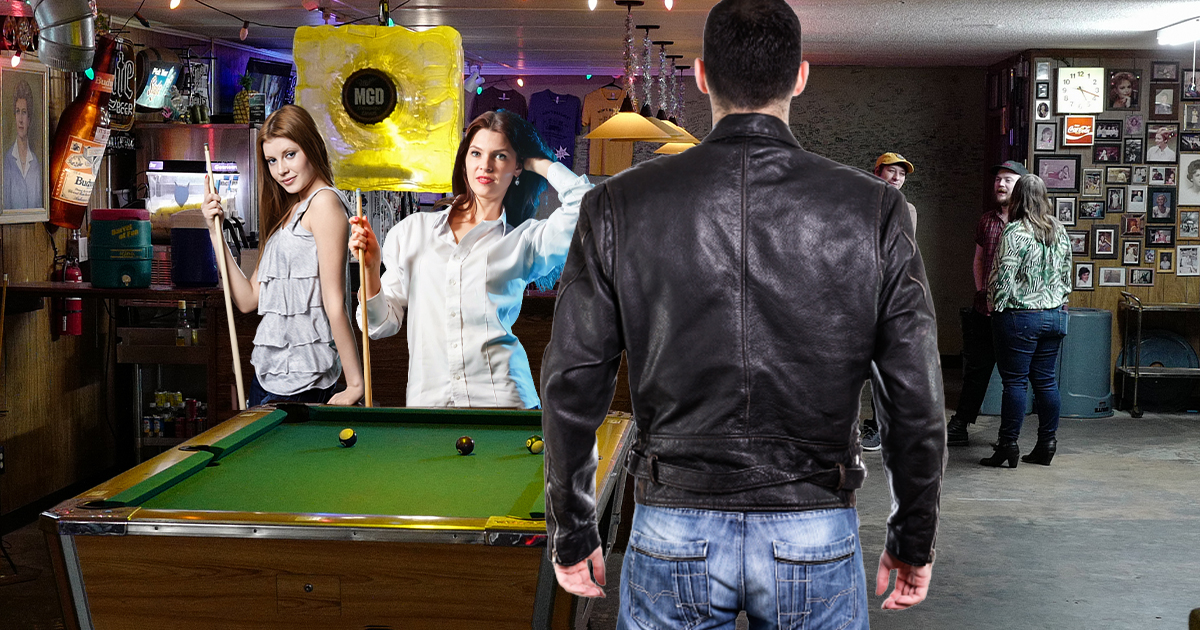 Me and the boys were just hanging out at our favorite dive bar like we do every night. Playing some cards, drinking some beer, and some good ol’ NRBQ playing on the jukebox. It’s a crowded bar like it is every night. Not crowded enough where you constantly have to shout to get the bartender’s attention, but crowded enough that every corner is filled with at least one guy chalking a pool cue.

Suddenly it happened. The jukebox stopped with a record scratch sound. Everyone having their conversations stopped at the exact same time. It began playing. THE RIFF. It is an ancient call known to strike the hearts of mortal men. A sound so pure of badassery that to possess such sound is to possess a power of the gods themselves.

The saloon doors swung open. My friend’s cigarette dropped from his mouth. Every patron looked at the doorway as if nobody has ever walked into a bar before. I certainly didn’t get this treatment when I walked into the bar. Of course, I didn’t have that sound come out of me. THAT SOUND.

He stood in the doorway for a minute. Salt and pepper beard, a couple of arm tattoos, and skin as leathery as a fine car seat. He looked around the room despite not looking for anyone in particular. He then did the most shocking button of it all. He put on sunglasses.

I know right? Sunglasses? Indoors? At night? This is the most alpha move I’ve ever seen. He must thrive in the darkness like the lone wolf he is.

So little is known about the bearded man and his Bad to the Bone-ness. He could be a villain in the search for a good guy. He could be some kind of an anti-hero like a cop who doesn’t play by the rules. He could also be someone who just recently spent weeks of lifting weights in his garage and now has a confidence makeover. Maybe he’s Major Payne. Maybe he’s a jerk who is about to learn his lesson by being turned into a dog and the Bad to the Bone is more of a pun.

Only one thing about this man is for sure. Once he exits this bar on his Harley, we’re all going to be hearing the song Born To Be Wild.