Not All Heroes Wear Capes: This Guy Fucked My Wife While Wearing a Cape 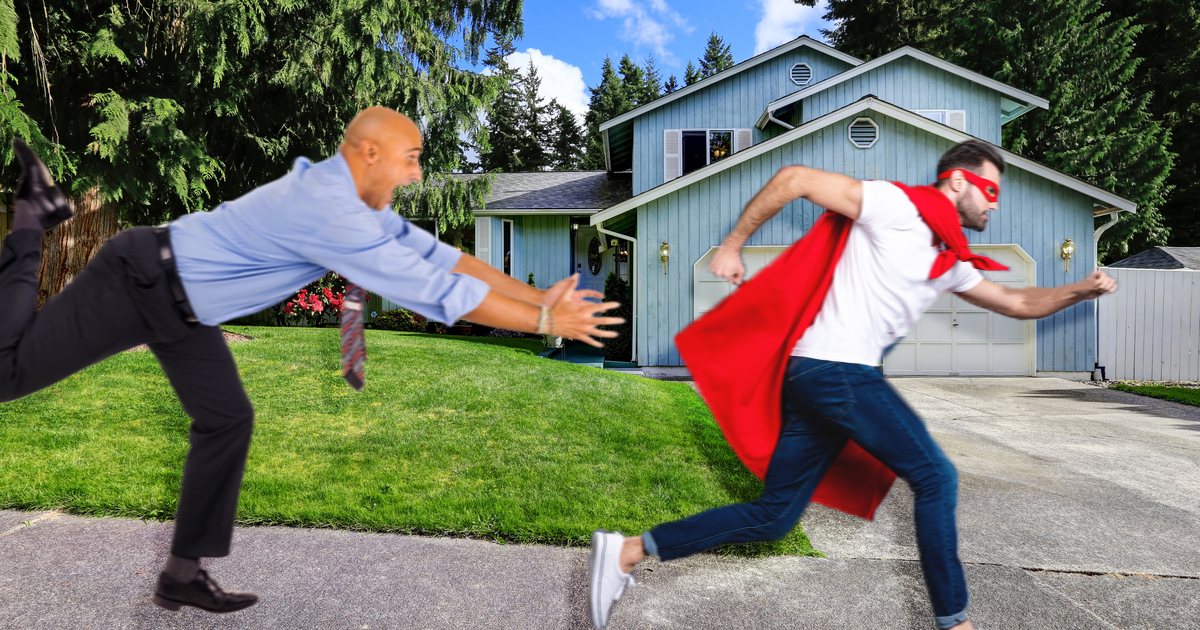 When you hear the word hero, you probably think of Batman or Superman or maybe The Martian Manhunter. It’s a word that in our modern times evokes the fanciful, calling to mind images of super powered altruistic beings that populate our comic books, TV shows, and films. Well, all of that stuff may make for good entertainment, but it’s important that we remember that not all heroes wear capes. Take, for example, the asshole I caught drilling my wife while wearing a cape. That man is no hero.

This so-called Dick Man (I know that’s his name because he shouted “Dick Man away!” before leaping off of my wife and out of our bedroom window) has no powers or abilities beyond that of mortal men. That is unless you consider the ability to suss out a marriage that’s hit a bit of a rough patch and capitalize on it for your own bizarrely niche gratification to be a superpower, which I do not! No, in my book that’s just called “being a predatory asshole.”

And you know what? This isn’t the first time this kind of thing has happened to me. Oh no, I’ve been burned before. One time I was on the subway with a guy I assumed was a hero, on account of the fact that he was wearing a cape. Big mistake. Turns out the “Mole King” was just some insane drug addict. He Stabbed me. That was his power. Stabbing me.

Literally 100% of the people I’ve met who wear capes have been total dicks.

There was Captain Refund, that sign spinner who got me to do my taxes at that place that ripped me off. There were those LARPers who ruined my camping trip. There was that Elvis impersonator who also fucked my wife.

Hell, don’t take my word for it, look at history! Hitler, the Spanish Inquisition, Dracula, what do they have in common, besides being monsters? They all wore capes sometimes! What happens when you get to the last level of Street Fighter 2 right before you get to fight M. Bison? Dude has to take his cape off!

When placed under the slightest scrutiny the entire notion that people who wear capes are heroes crumbles. They are a menace, and soon I will rid the world of them once and for all. Once I complete construction of my death ray the world will be mine to shape and mold as I see fit! Maybe then my wife will stop stepping out so much!