Not a Good Sign: Time Travelers Keep Trying to Kill My Baby 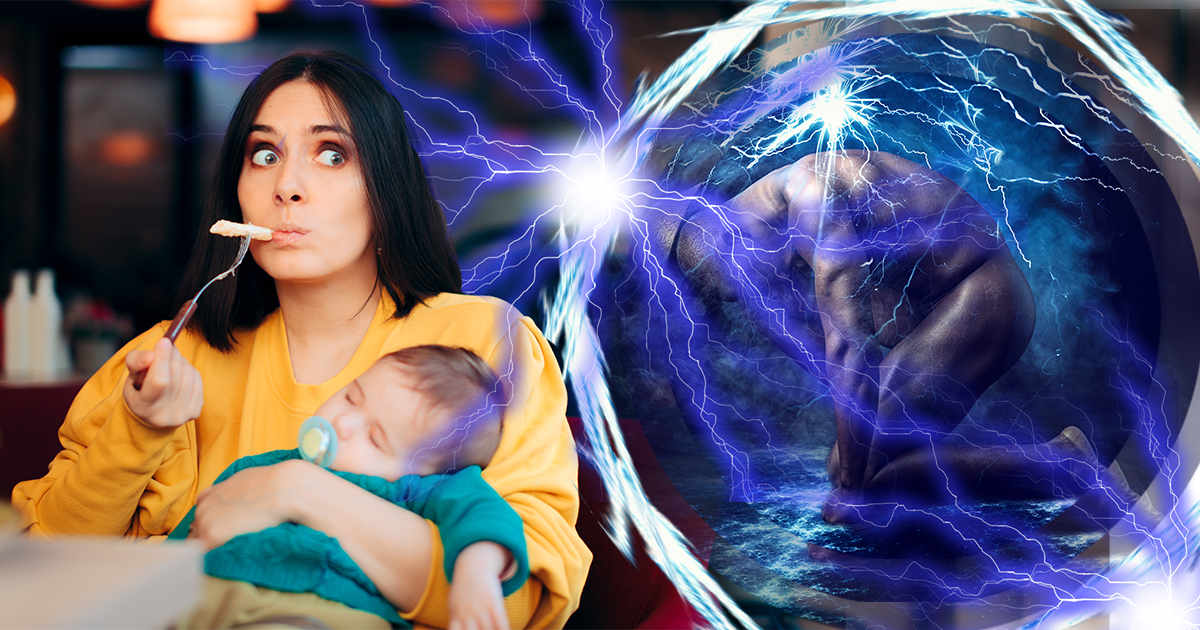 Quick, need some mommy advice ASAP. About once a week, usually after getting my eight-month-old son to sleep, there’s a bright crackle of lightning in the kitchen, then a nude man frantically running into the nursery screaming “we must stop him before he destroys us all” or “sic semper tyrannis” or some such bull pucky.

Have any moms out there ever run into something similar? And if so, how did you handle time-hopping assassins trying to prevent your child’s brutal crimes against humanity before they begin? I tried asking a few mommy groups on Facebook but they just spammed me with nutty anti-vaxxer memes. So I figured I would try my luck here instead.

So far, I’ve been “handling” these chrono-treking sons of guns by viciously bludgeoning them to a bloody pulp. Talk about momma bear instincts, right? But it’s not a practical solution as I’m running out of room in my crawl space. Plus, the sound of nude corpses smacking the linoleum floor almost always wakes up the baby.

One solution I considered was tracking down the living ancestors of these would-be child murderers and sterilizing them, thus erasing the assassins from history and freeing up room in my crawl space for my ski gear. But I wanted to get other parents’ two cents first.

Besides the frustrations of hiding corpses and removing blood stains from a Land’s End sweater, I just don’t get how anyone could look at my sweet, adorable, cherub-faced little angel and say he’s a genocidal maniac hell-bent on ethnically cleansing the world of impure blood.

Ah well, I reckon I’ll just have to instill a deep, resentful distrust in my son of anyone that looks different than us until this whole time-leaping assassin malarky blows over.