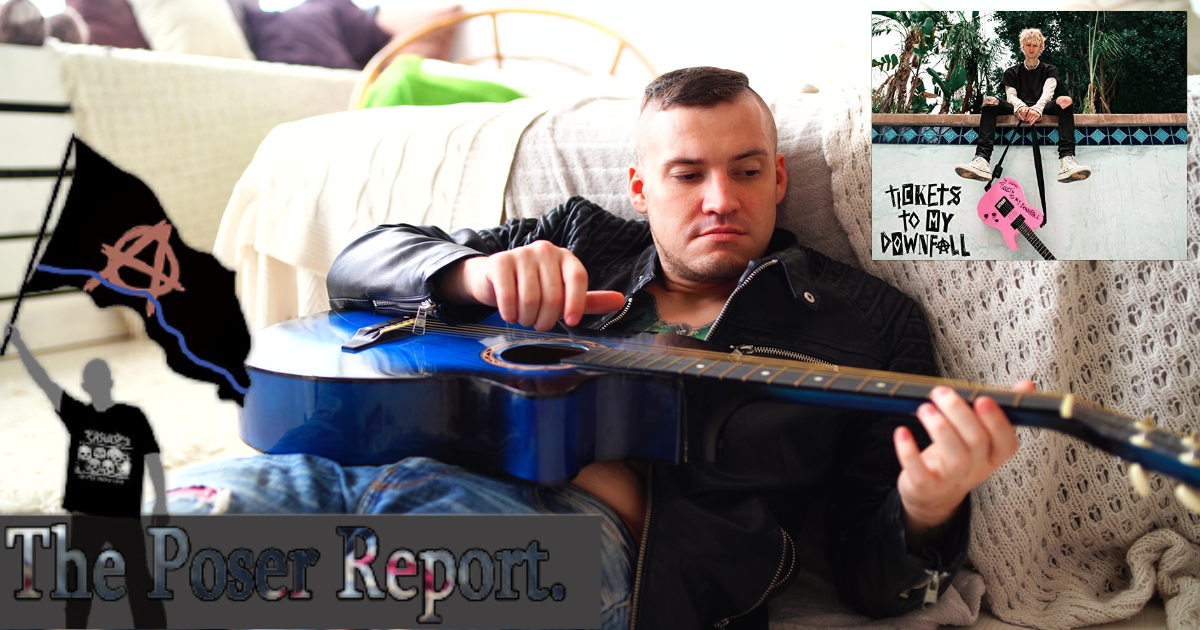 There’s a reason Machine Gun Kelly’s album “Tickets To My Downfall” debuted as number one on the Billboard charts. And, no, it’s not because it’s the first zoomer-accessible pop-punk album co-written by a member of Blink 182. Anyone appreciating this album as a gateway for outcast kids to get into punk has completely missed what it really is: a straight-up punk rock gut punch that spits blood in the face of authority.

That’s why I made it my New Year’s resolution to learn a different song off this no-holds-barred, four-chord masterpiece that rips the American government and our sick, twisted society to shreds. Plus, I don’t know how to play guitar and these songs sound pretty easy to start with.

Anybody who’s worked in a Hot Topic can tell you that punk never died. Go ahead. Ask for a manager. They’ll show you the numbers with irrefutable proof that punk has been a commercially successful clothing brand for decades! That was until MGK teamed up with punk legends Yungblud and Iann Dior to create a sound that finally matched the iconic punk look.

The first song on my list is “WWIII.” Which stands for World War One One One. War is dangerous and anarchistic just like punk and MGK is bringing that anarchy back with his latest release from Bad Boy Records with distribution from Interscope. Plus, after I learn it I’ll know the B and the E chords!

And don’t get me started on the lyrics! There’s just something about the way he says “Hey! Who the fuck are you to tell me what to do because I am not your bitch. Shit,” that really speaks to me.

By the end of the year I’m hoping to know how to play every song on the album without looking at the tabs. I want to carry the torch Machine Gun Kelly has lit for the genre and help to bring back real rock n roll. No more of that fake shit where bands perform in comfortable shoes. I want to get obnoxiously drunk, blackout, and cause thousands of dollars in property damage without worrying about it like a true rockstar with major record label financial backing. I want to bring back real punk rock, just like MGK.