My First Pride: I Wore Doc Martens to the Beach and Now I’m Bisexual 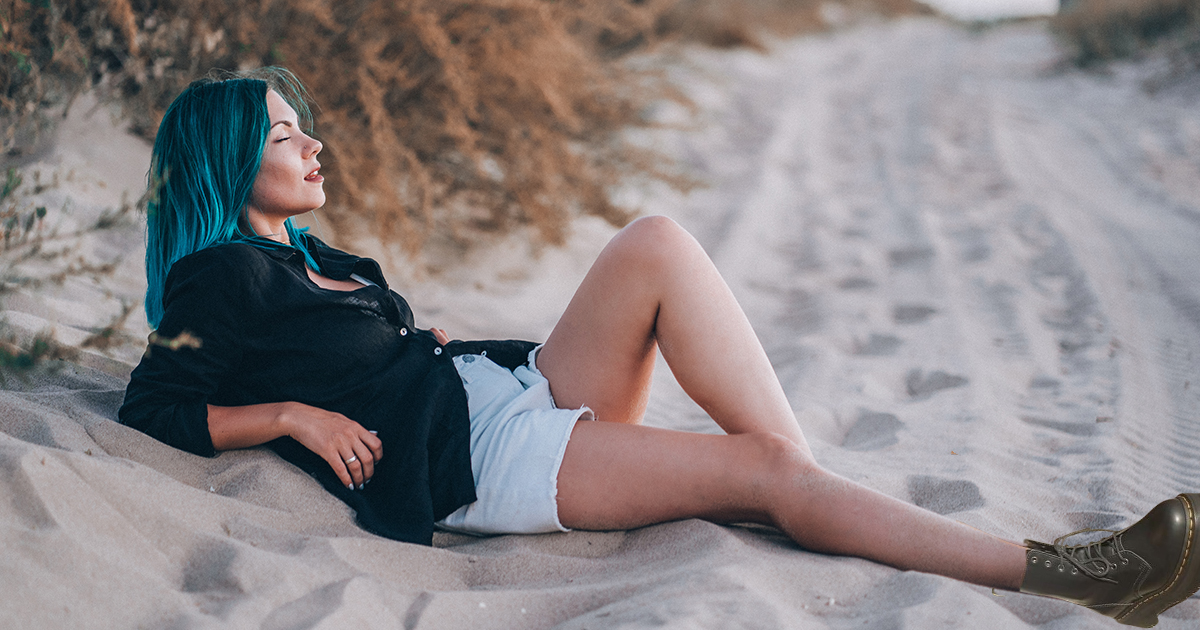 Life is full of little surprises, like finding a crumpled $20 in the wash, or a pregnancy scare. But this past weekend I got the surprise of my life: after wearing Doc Martens to the beach I discovered I am bisexual.

I’ve always had nothing but love for the LGBTQIA+ community. If you ask me to have a Kiki, I will Kiki it up with you all goddamn night. But like every other heterosexual woman who only makes out with beautiful women after one drink at the bar, I assumed I was an ally.

My heart was still shattered after being dumped by yet another gamer who wore his Supreme fanny pack like a cross-body purse. I needed some time to myself. So I packed up my Subaru, threw on my trusty Docs, and headed down to Pensacola for a weekend of relaxation fish tacos and, unbeknownst to me, self-discovery.

When I arrived at the beach I went to throw on my flip-flops but for some reason, I couldn’t bring myself to take my Docs off. It was like they were wearing me. These old black boots that I once peed on in the pit of a Suicidal Tendencies show were suddenly too hard to remove, and for the first time, not just because of crippling blisters. So I clipped my keys to the carabiner attached to my board shorts headed out to rock my Docs in the sand and felt like myself for the first time.

At first, I felt a little awkward. I was getting so much attention from other women. Were they concerned about how awful my tan lines would be? Had they all had 1 drink and were looking for a quick makeout sesh? That’s when I realized: I hadn’t had any drinks and wanted to kiss them all.

Were the rumors about me at softball sleep-away camp true? Could I be, bi? And at that moment, I didn’t care. My Docs, the beach, and the bevy of beauties enjoying their Bud Light Platinums had conspired for a weekend of bisexual enchantment I’ll never forget. I was even gifted a pair of Melissa Etheridge tickets by a girl I met — can’t wait to see what I learn about myself that weekend!